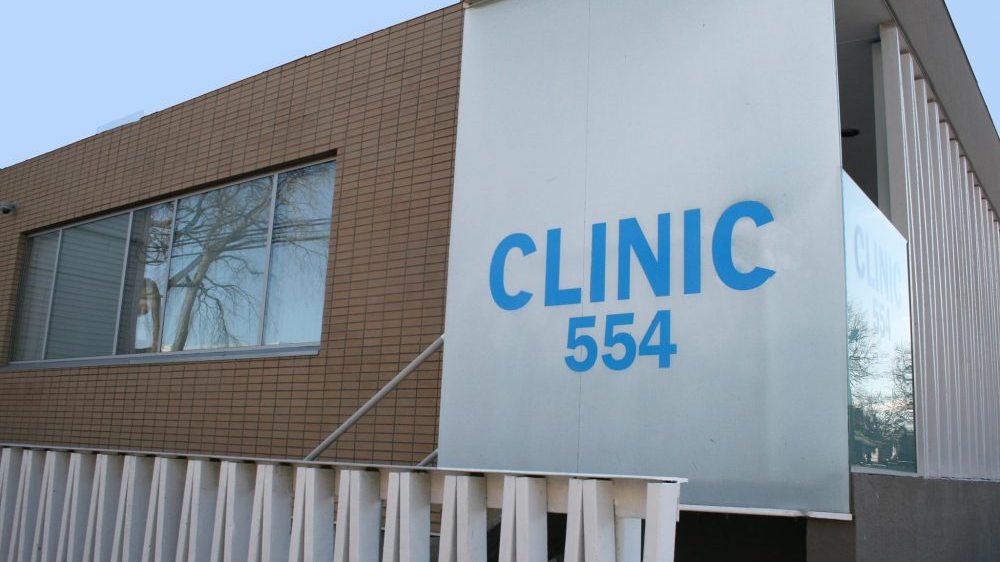 FREDERICTON – New Brunswickers are getting ready to vote on September 14, and once again, Clinic 554 is at the forefront of health issues being discussed in the lead up to a provincial election. As the clinic is set to close by the end of the month, we ask, what would it mean to lose this family doctor practice that serves about 3,000 patients?

Clinic 554 is the only clinic providing abortion services in the Fredericton area, and the only out-of-hospital site doing so in the province. It is also one of the only providers of specialty care for LGBTQ2S+ communities, and it offers services for families and marginalized communities.

Those without family doctors can come to Clinic 554 for pre- and post-natal care. The clinic also offers opiate agonist therapy for people with addictions.

In addition, Clinic 554 offers HIV care, contraception counselling and various types of contraception, as well as hormone readiness assessments, hormone replacement therapy, trans-positive pelvic and chest exams, and pre- and post-surgical care for transgender persons. The clinic employs a harm-reduction and trauma-informed model in its practice.

Its informed consent care model means patients who want to transition and get gender-affirming services can just call. This is unlike many family doctors across the province, who still ask for recommendation from a mental health practitioner.

Medical director Dr. Adrian Edgar, who owns the clinic with his partner and Reproductive Justice New Brunswick member Valerya Edelman, announced his decision to sell last fall and has stopped taking new hormone replacement therapy patients. In August, he told Global News that the clinic can only stay open until the end of September if the province doesn’t change how it funds abortions.

The crux of the issue is this: Because regulation 84-20 under the Medical Services Payment Act doesn’t allow Medicare to cover abortion procedures outside of hospitals, the cost of such procedures at Clinic 554 is absorbed either by patients, often based on a pay-what-you-can model, or when they can’t afford it at all, the cost is absorbed by Dr. Edgar and his team. New Brunswick is the only province in Canada that doesn’t fund out-of-hospital abortions.

While the clinic tries to use some revenues generated from its other services, it’s not financially sustainable.

“These services are not just services on specifically queer issues or gender issues, but just to have respectful, accessible care for people who happen to be queer or happen to be trans,” she said. “Because we see people experience discrimination regardless of whether their needs are related to their gender or sexuality.”

Queer-respectful care “can be as basic as respecting someone’s pronouns, or even someone’s gender,” Taylor explained. “It’s being able to come into a doctor’s office and be respected for who you are.”

In addition, Taylor says the closure of the clinic would mean patients will lose a family doctor that offers a safe space.

“Folks who are not even part of the practice will be severely impacted because right now most people in New Brunswick don’t have a family doctor. The wait list is years long,” she said.

Dr. Edgar, backed by supporters of the clinic and activists, have been asking the province to repeal the regulation and to allow for “fair billing.”

That means allowing the clinic to bill the province for the cost it takes to pay for the surgical abortion services provided, but also staff, lights and other things needed in the operating room, says Taylor. Covering surgical abortions will help the clinic stay open and offer all of the other services it provides too, she said.

Aside from Clinic 554, surgical abortion procedures are available at two hospitals in Moncton and one in Bathurst. The abortion pill Mifegymiso is also available in the province for pregnancies up to nine weeks.

Premier Blaine Higgs maintains that that’s enough access, and that the province should not fund private clinics. In an episode of Huddle’s ‘Home Office’ podcast, Higgs says he’s concerned funding the service in one private clinic will open the door for others.

“We believe that we’re certainly following the Canada Health Act and it’s important to do that. I’ve said if access is a problem then it needs to be addressed by the health authorities and they make the appropriate recommendations within our public institutions to provide additional access,” he said. “I’m very concerned that if we move down that private clinic road, then it would open up a whole lot more than where we are today.”

In an e-mail to Huddle, New Brunswick healthcare provider Vitalité Health Network spokesperson Thomas Lizotte said, “discussions have previously been made with the province and it was then decided the two hospitals (Bathurst and Moncton) provide enough access considering the population and historical abortion demand.”

However, last October, the board of Horizon Health Network, the other healthcare provider in the province, discussed issues with regards to access to services at Clinic 554. The board moved that “Horizon advocate to the government of New Brunswick for payment to physicians to provide abortion services in a quality and safe environment outside the hospital.”

But Is Clinic 554 A Private Clinic?

Technically, yes. But so are all other family doctor practices in New Brunswick. They all bill the province for the services they offer. Vasectomies in private clinics, for instance, are also covered by Medicare. The difference with Clinic 554 is, abortions done out of hospital are excluded from coverage.

Taylor says when it comes to abortion services, the clinic setting is often preferred because they’re specialized, smaller, more private and confidential, among other reasons.

Federal Health Minister Patty Hajdu said in February that not covering out-of-hospital abortions is against the Canada Health Act. The federal government withheld $140,000 worth of health transfer payments because of this, but Higgs didn’t budge. The money was temporarily given back to the province because of Covid-19.

Taylor says Clinic 554 is more “a community project” than simply a private clinic. Reproductive Justice New Brunswick and the Fredericton Youth Feminists crowdfunded more than $125,000 to help open the clinic in 2015, following the shut down of the Morgentaler Clinic.

“This is is a community project with people who really care about New Brunswick and have been working so hard, and for so long, to provide services that no one else is, that the government is legally obligated to provide,” Taylor said.

“Ideally, people would have the freedom to be able to provide that service. It’s very difficult to duplicate the model that we’ve built at Clinic 554 when there’s a legal and government system that’s working so hard against providing New Brunswickers with basic medical services.”

What Clinic 554 is facing is similar to what the Morgentaler Clinic faced. The women seeking its services couldn’t afford them. But because the province does not fund out-of-hospital abortions and the clinic didn’t want to turn away people who need it, it operated at a loss. The Morgentaler Clinic had to close in 2014 after about 20 years in operation.

What Are Other Party Leaders Saying?

Liberal leader Kevin Vickers said in a Huddle podcast episode that he supports funding for Clinic 554.

“I believe in women’s reproductive rights and [women’s rights] to control their bodies. But I think I bring it back a little bit of my policing background. I know women who live in abusive relationships…often would be hesitant to go to a public health facility in the event that their partner or spouse would learn about it,” he said. “So women having choice and access to safe abortions to me is clear.”

In addition, Vickers says he understands transgender folks could face challenges in the public system.

“Transgender people can face challenges at public health facilities where practicing practitioners and medical doctors see their condition as being a mental health and hormone [issue], when they should just be treated as who they are, a transgender person,” he said.

Mackenzie Thomason of NDP said in a virtual political leaders event this week that he wants to ensure Clinic 554 remain open and make it a model of LGBTQ+ and reproductive care across the province.

He says while the system in New Brunswick is set up in such a way that family doctors’ offices are “privately owned small businesses,” they provide public services.

“They are funded by the province. This is the one aspect of the economy where I’m okay giving public funds to what is technically a private business,” he said.

Green Party Leader David Coon has said that his party would repeal Regulation 84-20, while People’s Alliance leader Kris Austin said he will keep things as is.