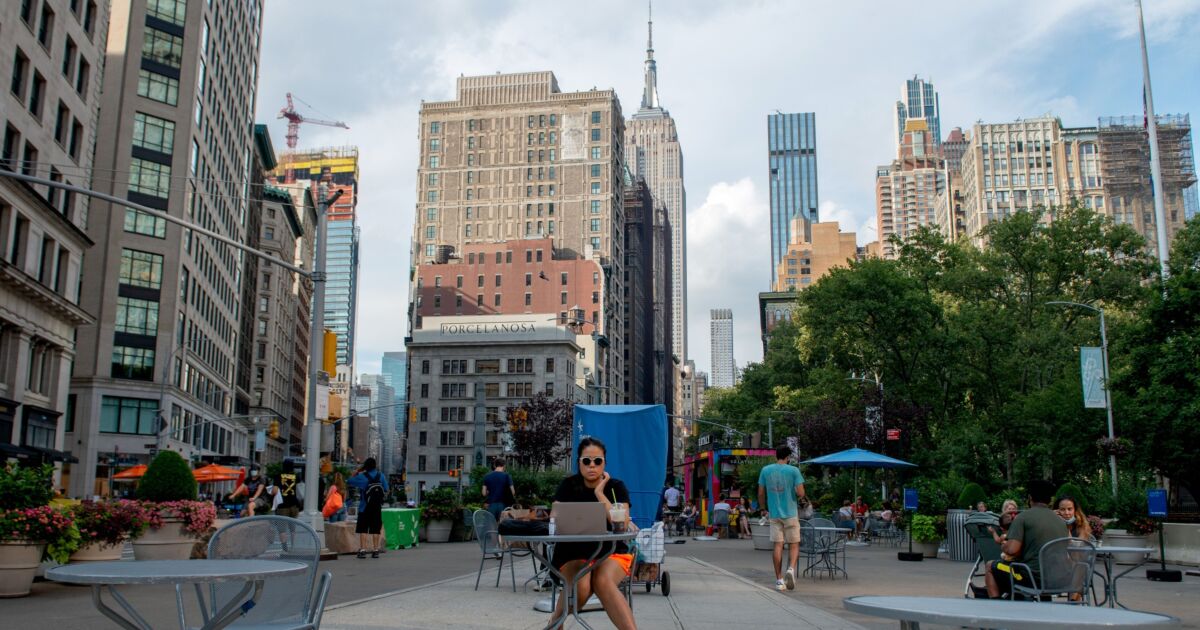 The end of the summer holidays and the reopening of schools have sparked a lively debate over the future of remote working. From the U.S. to the U.K., politicians and employers are nudging workers to return to the office even though the pandemic is not over. But these requests put employees in a very awkward place — caught between fearing for their health and fearing for their job.

Following two key principles may resolve some of the tension. First, the government should have no say in this decision, so long as states can avoid new lockdowns and with the obvious exception of managing the civil service. Second, it is up to employers, in conjunction with employees, to make the call on returning to the office, and there is no point in forcing it if remote working hasn’t hurt productivity and profitability.

The first wave of the pandemic spurred a radical transformation of the work environment, as companies rushed to enable working from home. In recent months, however, officials and managers have started itching to go back to the old routines. The U.K. government considered launching a campaign to encourage the nation to go back to the office, and then shelved it. In the U.S., some executives — most notably Jamie Dimon at JPMorgan Chase —have also expressed doubts that workers can stay at home for much longer.

There are manifold reasons for such concern. Politicians are worried about the economic repercussions for town centers, especially in mega-cities such as London and New York, and for those employed in their restaurants and cafes. They may also fear for the losses accumulating in the public transport network, as the number of passengers remains relatively low. Meanwhile, employers are skeptical about whether productivity can be sustained over protracted periods of remote working. They may also be frustrated at the thought of leasing empty offices, particularly in locations with very high rents.

Still, only some of these fears are justified. Politicians should be wary of wading into what is above all a private relationship between employers and employees. If a company believes it can operate effectively while keeping employees at home, does it make sense for the government to get in the way?

Of course, local and national governments can make work decisions with regard to the public administration. If they believe strongly that remote working is ineffective, they can bring civil servants back into the office. It’s harder to make a case for telling employees in the private sector what to do.

There’s also reason for politicians to be careful: The economic pain for city centers may be an economic gain for residential neighborhoods and suburbs. We hear a lot about the restaurants that are closing around empty office blocks, but less about supermarkets that are hiring new staff elsewhere.

Employers face a different calculation. They must assess whether their organizations have managed to operate successfully without face-to-face contact. For some businesses that rely on human interactions, such as shops or restaurants, most that survived will really have no choice but to reopen the workplace.

For others, including many companies with a prevalence of white-collar workers, it is a tougher call. Edward Glaeser, an economist at Harvard University, and colleagues recently found that the transition to remote work for U.S. businesses has been uneven, with many becoming less productive. But employees don’t appear to be working less: Raffaella Sadun, an economist at Harvard Business School, and other researchers presented evidence of an increase in the length of the average workday, by nearly an hour, and a short-term increase in workers’ email activity.

Companies will need to be mindful about their specific circumstances. If they do plan to recall employees back to the office, they’d be wise to consider the potential problems — the worst being that a worker tests positive for the virus, falls ill and potentially spreads it to coworkers. Even if a company takes all the right precautions, people will need to be quarantined and there will be many questions around contact tracing. JPMorgan is having to face this very problem, after there was a recent positive case reported in its New York City offices.

These risks present not only health issues, but can be a serious drag on productivity too. Taking a hit on the renting costs of office space might just be worth it. Deutsche Bank has planned to tell its employees in New York City they can work from home until mid-2021.

Since we don’t know how long the pandemic will last, we also don’t know how long companies and workers will face this workplace dilemma. For now, it’s best if politicians stay out of the way and employers stay open-minded. The new world of work presents many challenges, but some opportunities too.