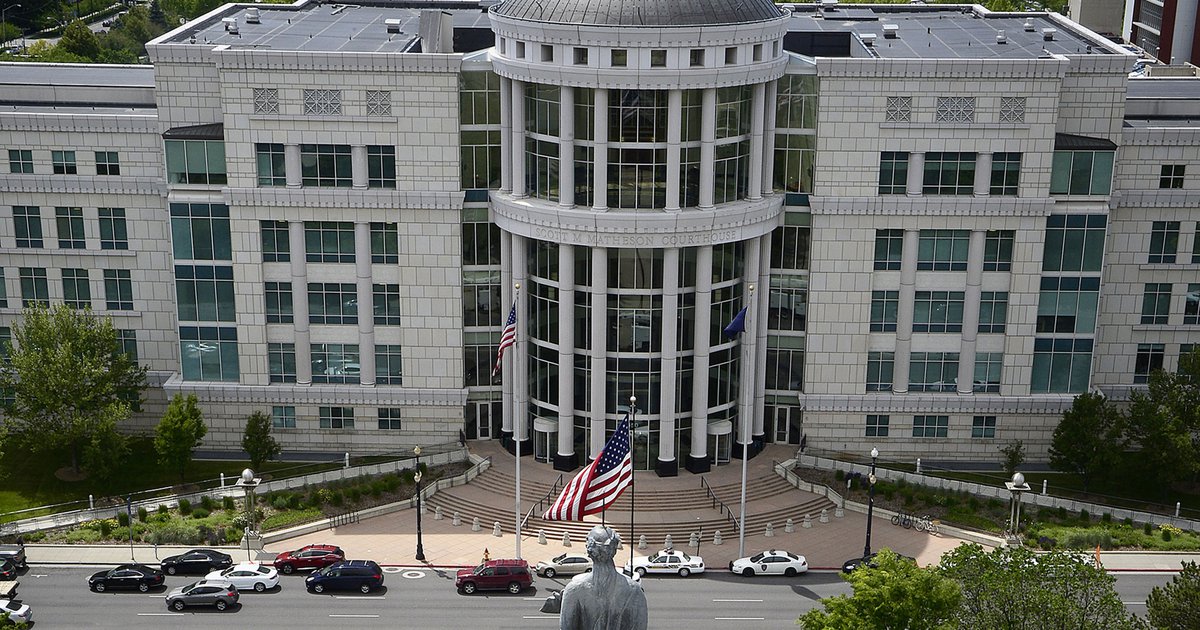 Leavitt says those accused face a dilemma: Either take a plea deal or put their lives on hold for possibly years. The coronavirus remains a stubborn foe, and it is unclear when the courts will deem it safe for Utahns to exercise their constitutional right to a jury trial.

“Plea bargains require voluntariness,” he said in an interview. “Otherwise, it’s coercion. Defendants [currently] have no option for voluntariness if they want to resume their lives. I don’t mean to sound alarmist, but this should be something that freaks out every American.”

Leavitt this week penned a letter to the Supreme Court asking the justices to reinstate jury trials “with the utmost haste.”

Trials have been on hold since the pandemic hit Utah in March, and Chief Justice Matthew Durrant continued that holding pattern when he issued an order on May 11 outlining color-coded “phases” that dictate precautions taken because of concerns of spreading COVID-19.

Much of Utah is still considered in the court’s “red phase,” where jury trials continue to be halted. Nine counties, mostly in northern Utah like Box Elder and Weber, are in the “yellow phase,” a determination made after showing that the rate of COVID-19 spread has been stable or decelerating for at least two weeks.

Jury trials are allowed in those counties now, with strict guidelines about social distancing and sanitation.

But COVID-19 cases are fluctuating in larger areas like Salt Lake and Utah counties, with Utah County on Friday reaching its highest single-day increase since the pandemic began. It’s unknown when jury trials could start up again in these places — though almost every other type of court proceeding has moved to videoconferencing.

Courts spokesperson Geoff Fattah said officials couldn’t comment on Leavitt’s letter until it was discussed at a judicial council meeting next week. But he said the courts are concerned about the growing backlog.

“We’re trying to balance the rights of a defendant for a fair and speedy trial with protecting the safety of individuals,” he said.

“If pleading guilty is your only way out of jail, you’ll likely take that offer — even if it’s terrible,” he said. “Defendants are faced with a choice: Plead guilty and be safe at home, or plead not guilty and put yourself at risk of contracting COVID. It’s an unfair choice and unfortunately, only prosecutors have the power to make the process fair.”

There have been coronavirus outbreaks in several county jails in Utah, the latest being in Cache County, where 46 inmates tested positive. Larger outbreaks happened in Weber and Washington counties, but there have been no publicly reported deaths of anyone in a Utah jail or prison.

Salt Lake County District Attorney Sim Gill said the pandemic has greatly affected the way prosecutors work, including when they ask for someone to be held in jail. That means people accused of nonviolent crimes likely won’t be sitting in jail, but those accused of more serious crimes will be left waiting.

Gill said that while the lack of jury trials is concerning, he also recognizes the courts face difficult decisions when it comes to keeping people safe.

“It is in the face of a highly infectious disease, which is not in anybody’s control,” he said. “It would be one thing if it was a choice we were making and that choice was denying someone’s constitutional right. The choice is being driven by an act of nature.”

Lawyers here have been more hesitant to endorse trial-by-Zoom.

“It’s going to be important to most of our clients to try to do this in person,” said Rich Mauro, the executive director of the Salt Lake Legal Defender Association, “assuring that we can comply with all of those guidelines and don’t create a risk for people. But how excited are jurors going to be to come into a courtroom? What does that mean and what does that look like?”

Nix said it would violate the Utah Constitution to hold a trial by video, pointing out an accused person has the right to appear and “defend in person.”

The defense attorney said that if trials are moved online, he fears jurors will feel like they are being forced to watch a boring TV show and lose interest. Plus, the formality of court disappears on a video call.

“When someone walks into a courtroom, they can feel the solemnity and respect that court requires,” he said. “When someone talks to a judge over video, they may not even be wearing pants. A witness may tell the truth sitting on the witness stand but feel more comfortable stretching the truth when sitting on their sofa.”

He said the pandemic could be an opportunity for the courts to reimagine jury trials, and innovate.