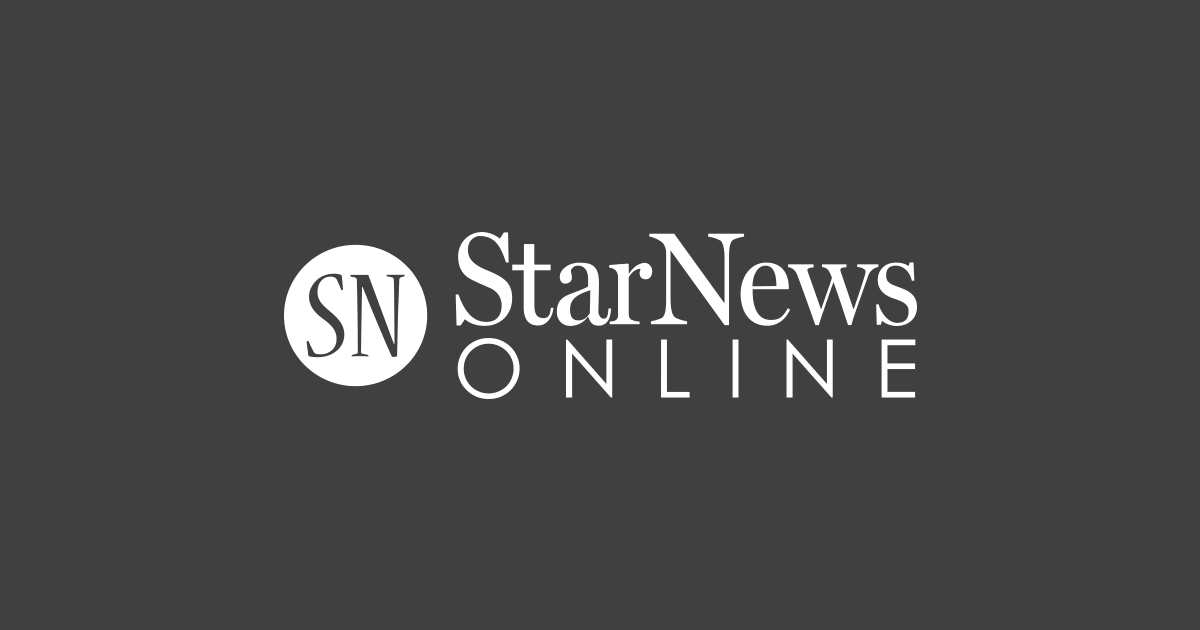 KINSTON — Gov. Roy Cooper’s announcement on Thursday of public schools opening with Plan A for grades K-5 comes just four days after the Lenoir County Board of Education voted on Plans B and C starting September 28.

According to a press release from Cooper’s office, Cooper announced that beginning October 5, public school districts and charter schools can choose to implement Plan A for elementary students. Plan A will continue to include safety measures such as face coverings for all students, teachers and staff, social distancing, and symptom screening but does not require schools to reduce the number of children in the classroom.

NEW BERN — A Tucker Creek Middle School music teacher is being held at the Craven County Jail while awaiting extradition to Virginia on felony charges. Frederick Andrew Angoco of Havelock is facing charges of forcible sodomy in York County, Virginia. According to his arrest warrant, the incident took place in early September.

Angoco worked as a substitute teacher for the Craven County School District from  2004-2006. He was first hired as a music teacher for Arthur Edwards Elementary in 2006, then became chorus teacher at Tucker Creek in 2017. According to the school district, he was suspended effective August 17.

The data comes from an annual study commissioned by Visit North Carolina, a unit of the Economic Development Partnership of North Carolina. The number of visitor and bed taxes collected have been down for much of 2020 due to COVID-19.

RICHLANDS — As the country continues its fight to end racism, one family in Richlands never thought it would hit so close to home until they came upon a horrific sight in their front yard on Wednesday. Someone had taken a lawnmower and cut a Nazi-style swastika into the grass.

Richlands native Tapresha Cummings said her grandparents lived in the house before Hurricane Florence and had to move after the storm damaged the property. Currently, no one lives in the home located at 6971 Gum Branch Road.

Trespassing, destruction of property and hate crime laws are now being questioned by several local organizations.

JACKSONVILLE — One of The Jacksonville Daily News carriers was involved in a drive-by shooting early Wednesday morning.  At approximately 4 a.m. the newspaper carrier was working her route and reported that a car, who had been following her closely, began shooting at her, according to the Onslow County Sheriff’s Office.

The woman did not sustain any injuries, however her car was hit several times by the gun fire. Deputies say the car accused of the shooting is described as a later model silver 4-door sedan with very dim yellow headlights and was carrying between 4 to 6 people in the car.

Sheriff Hans Miller said a motive is being sought and asked anyone with information to call.

WILMINGTON — To repair a Riverwalk railing that was damaged after a car crashed into the Cape Fear River last month, the Wilmington City Council approved $60,000 for emergency repairs.

The crash happened after midnight on Aug. 28 at the foot of Market and Water streets. Je’mel Sneed, 31, and Frederick Brock, 40, both of Wilmington, were inside the car and died in the crash, according to the Wilmington Police Department.

WILMINGTON — Following his ruling that Wilmington’s vacation rental law is illegal, a judge has ordered a stay on that. North Carolina Superior Court Judge Richard K. Harrell had ruled Tuesday that the City Code ordering vacation rental owners to register with the city, capping the number of vacation properties allowed within city limits, and requiring a 400-foot separation between properties is illegal, according to a press release from Institute for Justice, a nonprofit public interest law firm.

According to a statement from Dylan Lee with Wilmington’s communication’s office, the city filed a motion asking Harrell to enter a stay on the order.

Harrell granted the motion, which allows Wilmington to continue accepting registration applications in the same way it has been since the ordinance was adopted in February of 2019, according to the statement. The stay is effective immediately and will remain in place until the appellate process is complete.

FAYETTEVILLE — The Chemours plant in south Fayetteville has done more to improve air and water quality in the past two years than probably any plant in the country, its plant manager said Friday.

Two years ago, Chemours Co. plant manager Brain Long spoke before the Greater Fayetteville Chamber of Commerce to outline numerous steps the company was planning to take to reduce air and water emissions of GenX, a chemical being emitted by its plant.

He came back Thursday before the chamber’s Virtual Chairman’s Coffee Club to give an update on projects that are either finished or well into the planning stage to reduce emissions of the chemical from the plant’s stacks into the groundwater and Cape Fear River near the plant.

Long said several of the projects have been completed in record-breaking time.

FAYETTEVILLE– The Cumberland County Board of Education Thursday voted in a special meeting Thursday to have classes remain virtual through the end of 2020. By a 6-3 vote, the board rejected a recommendation by school superintendent Marvin Connelly Jr. that some in-person classes begin Oct. 19, pending “positive metrics” in the fight against COVID-19.

With all Alamance-Burlington School System students learning from home for at least the first several weeks of the school year, issues have arisen, including internet access and student support concerns, as well as the challenges created for parents unable to return to work or worried about returning to work with a child at home.

In an effort to resolve these issues, First Baptist Church and CityGate Dream Center launched learning pods capable of serving a total of 46 students. First Baptist started its pod at the beginning of the school year, while CityGate started this week.

LEXINGTON — Lexington Utilities customers will be getting an additional charge for a new stormwater fee on their monthly bill in January. The question is should this new utility be the responsibility of the property owner or the person living in the residence.

Councilmember Garrett Holloway asked why property owners could not be billed for the new fee instead of renters.

Lexington City Manager Terra Greene responded that since Davidson County would not include the stormwater utility fee on yearly property tax bills, the city would have to develop a separate billing method for distributing a yearly bill.

Mayor Newell Clark broke the council’s 4-4 tie to approve the resolution. The new stormwater utility fee will add approximately $3.50 a month per equivalent residential unit, or ERU, to customers of Lexington Utilities.

ASHEBORO — In a letter to parents, Uwharrie Charter Academy announced its plan to resume on-campus education for the remaining grades still out on full virtual learning since the beginning of the 2020-21 scholastic year. Interim superintendent Casey Harris outlined the plan which will take place over a two week period from Oct. 5-19 in which the school will complete its first grading period and straddles fall break.

The plan will essentially split the six remaining classes in half, bringing half of the groups back in one run and the rest in the latter dates. UCA opened school on Aug. 4th with the elementary grades along with 5-6 in the middle school operating on a split A-B day with Fridays all virtual. The other middle school and high school students were all remote.

According to allegations contained in the indictment, Lutz, 64, of Pisgah Forest, violated the Resource Conservation and Recovery Act by illegally directing DPW employees to dig up soil known to be hazardous for lead, from the backstop of the city’s firing range, without the use of any of the required protective equipment or procedural safeguards.

As alleged in the indictment, Lutz further instructed the employees to move the contaminated soil to the DPW Operations Center and store it there, even though the area is not permitted as a treatment, storage, or disposal location for hazardous waste, such as lead.

KINGS MOUNTAIN — Federal health officials recently did a walk through at a Kings Mountain nursing home after the number of COVID-19 cases among both staff and residents skyrocketed.

For the second week in a row, White Oak Manor has had the highest number of cases in the state and recorded the second highest deaths.

DeShay Oliver, deputy health director of the Cleveland County Public Health Center, said a federal team made up of representatives from the Centers for Disease Control and Centers for Medicare and Medicaid Services joined the county’s environmental health and communicable disease staff last week for a site visit.

The visit was very educational, she said, and they are awaiting the report that will offer recommendations for improvement.

GASTONIA — Leaders of the large and complex project to connect Gaston County to uptown Charlotte via light rail held a virtual meeting Tuesday evening to provide an update. Once completed, the Silver Line will stretch 26 miles from Belmont to Matthews, through uptown Charlotte.

Project leaders are actively making refinements to the proposed alignment of the light rail — also called the locally preferred alternative — as well as looking at ways to incorporate residential and retail opportunities along the light rail in a pedestrian-friendly manner. The pre-project development phase is scheduled to continue through 2024.

ASHEVILLE — More than half of the 31 police officers who resigned from the Asheville Police Department since June are sergeants or senior officers, according to information the Asheville Citizen Times received via a public records request.

Those records list two sergeants and 16 senior officers for a total of 18 officers who were on the force anywhere from three to 13 years. The remaining 13 are listed as police officers without the indication of management or leadership for their position, but the Asheville police chief says in total, almost 150 years of experience has left since June 1.

The counting process began midday yesterday Sept. 16 and stretched well into Thursday. Through Zoom, hospital and union representatives watched as a National Labor Relations Board agent, Ingrid Jenkins, displayed ballots one-by-one from the NLRB offices in Winston-Salem. After all the yellow paper ballots were tallied, Jenkins announced 965 ballots were marked “Yes,” 411 ballots were marked “No,” and 100 were challenged ballots.

The final vote concluded a year-long effort by nurses and union representatives to organize Mission nurses. The union victory arrived less than two years after HCA Healthcare purchased the hospital as part of a $1.5 billion sale.