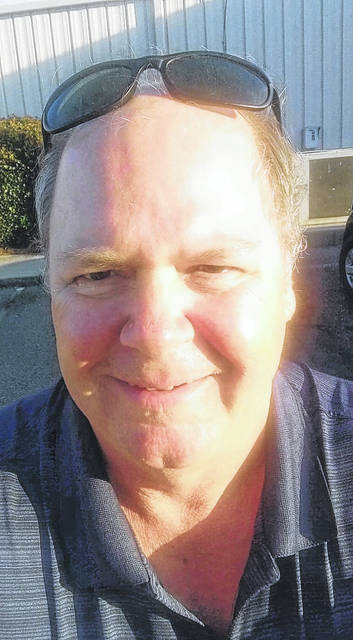 I’m not sure whether I have mentioned it or not, but I recently had a birthday.

As has been the case every August since I was able to articulate a thought with properly assembled words, my mother asked this: “Donnie, it’s your birthday soon, and your dad and I would like to get you something special because you not only remain our favorite child but have widened the lead. What would you like?”

She surely expected my stock answer of the last decade or three, which goes something like this: “Mom, I really don’t need anything, but thanks. If you must, make a gift to a worthy nonprofit in my name.”

That’s the kind of guy I am. Or was. Retirement has changed me, and I saw an opportunity to transfer an anticipated expense in a further embrace of my new-found frugality.

I think I caught her by surprise, but after further interrogation my mom assured me that soon enough there would be a gift in the mailbox. And, as mothers almost always are, she was correct.

A gift did a arrive. A single knife, not the set of knives that I expected, but one knife. It looked lonely.

If I sound ungrateful and you worry that I will upset mom and dad, relax. They don’t read my columns.

Besides, this was a Cutco petite carver, and I knew immediately it wasn’t just any knife, but was a special knife. It came with a guide, explaining how to use it and to maintain it, making me realize I had been flying blind when it came to handling knives. The petite carver also came with the “forever guarantee” that Cutco owners have enjoyed since 1949.

I wondered what could happen to a knife beyond it being lost, and was surprised to learn while skimming the 12-page “Product Care Guide” all that could go wrong. This is one bad blade I said to myself, bad, of course, meaning good in the Age of Everything is Backward.

The guide and the warranty have been filed, and soon there will be an addendum to my will.

Here is the best part of the story, for you, not for me: The first two times I used the knife, I had blood on my hands. Literally. This is not an embellishment to make a column about a knife more interesting.

I should have read the lettering that was in the plastic sleeve that contained my new knife, especially since it was in red and began with all caps: “CAUTION: These fine-cutting tools are EXTREMELY SHARP.”

The first time I shed blood was when I was cutting an onion for my salad. The knife glided through that Vadalia with unanticipated ease, and nicked the ring finger of my left hand. The cut was so clean that I didn’t feel a thing, and I only noticed the injury when I saw blood on my iceberg lettuce. If my preferred dressing were French, I might have bled to death.

After the second mishap I decided that this had to be memorialized in a column. It was more a stab than a slice as the tip of the knife penetrated the palm of my right hand ever so slightly as I reached for it, but enough for it to bleed.

I know what you are thinking, but you are wrong. I was sober both times.

I am delighted to report that I have used the knife many times since and no more blood has spilled. But I also understand that one bad move and I will be using a nine-finger golf grip.

I really do love my Cutco knife, which I told my mother when she called to ask if the gift had come. I told her yes, but I think she sensed that I was surprised that I had received a single knife, and not a set of knives. So she told me that more knives were coming, steak knives.

They have yet to be delivered by the post office, and I am wondering if that will not happen until after the election.

I am thinking seriously about getting the Gourmet 18-piece Acacia Knife Set that comes with a handsome wooden block that would dress up my kitchen counter. I have to admit that the $399.95 cost has made me reluctant to pull the finger.