Amanda Roraff joined Ford Motor Co. as its head of engagement only eight months ago. In that time, she has had to relocate her office from the company’s world headquarters in Dearborn to her home office in Grosse Pointe Farms due to COVID-19, adapt to the company culture and help prepare, as co-founder of the AV Mobility Corridor Team, a major announcement about Ford’s partnership with the state of Michigan on the first-of-its-kind corridor designed for connected and autonomous vehicles. 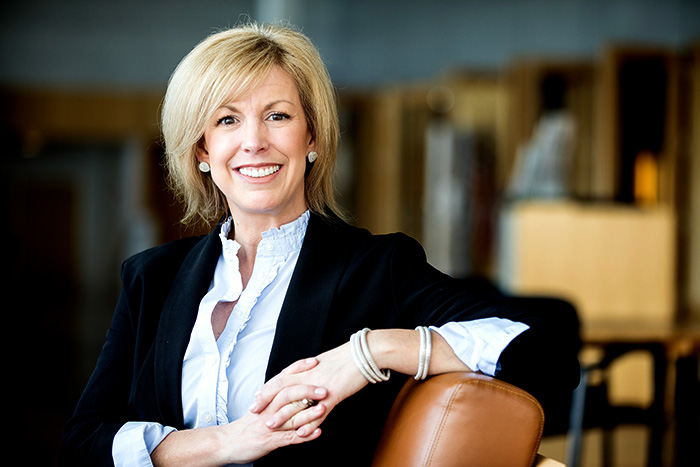 Amanda Roraff is the co-founder of the AV Mobility Corridor Team. Courtesy photos

The first phase of the project will be a two-year feasibility study to test technology and explore the viability of a more than 40-mile driverless vehicle corridor between downtown Detroit and Ann Arbor.

The exact route is yet to be determined, but it’s expected to connect major pick-up and drop-off points between Detroit, Ann Arbor and Detroit Metropolitan Airport, with Michigan Central Station as well as Opportunity Zones for economic development, as hubs along the corridor. The route will accommodate autonomous vehicles, public transportation and eventually autonomous freight traffic.

“What the next two years really entails is to identify the technologies that will be needed to deploy the roadway system as well as the route,” Roraff said.

The project is a “game-changer,” she added, accelerating the deployment of autonomous vehicles while offering the community benefits such as economic development along the corridor, clean energy and equitable and accessible new mobility options.

The goal is for the Michigan corridor to carve the way in creating a national standard around connected and automated vehicle corridors, making autonomous transportation accessible to all.

Roraff’s prior work experience prepared her well for the challenge of representing Ford in this project along with co-founder and lead Jeff Jones. She previously worked as part of PlanetM, the state’s business development platform representing the collective transportation efforts across the state and aimed at attracting companies to work on the future of mobility together.

As managing director of the team, Roraff’s role was to connect efforts and create opportunities for collaboration between state and local entities, automotive companies, startups, investors and academic institutions to secure Michigan’s leadership in the future of mobility.

What Roraff discovered during this time was the importance of involving communities and municipalities in the development of future mobility solutions.

“Technology developers can develop technology all they want, but unless it’s solving a problem for a community or a municipality or a region or a state, there’s no value in it,” she said. 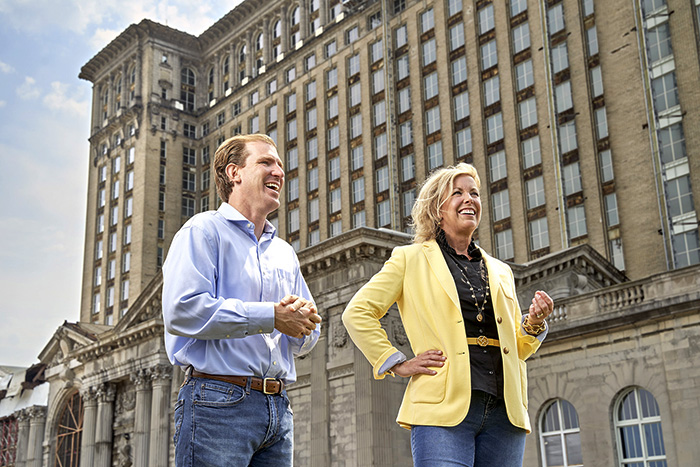 Amanda Roraff is pictured with her co-founder and lead of the AV Mobility Corridor Team, Jeff Jones, in front of Michigan Central Station — envisioned as a hub on the connected and autonomous vehicle corridor.

In one particular endeavor, moving the needle on these solutions required bringing a dynamic group of companies — auto manufacturers and suppliers, foundations, property developers, consultants and utility companies — together to work toward a common purpose in an initiative called Project Kinetic.

The team worked closely with the city of Detroit and its residents “to really understand what their mobility challenges were, and then worked with industry to come together and provide solutions,” Roraff said.

Before working with PlanetM and on Whitmer’s 2.0 Mobility Task Force, Roraff spent close to 10 years at NextEnergy, a company focused on working with innovators to accelerate smarter, cleaner, more accessible solutions for communities and cities. While there, she helped organize the region’s first-ever mobility conference.

Roraff’s first job after graduating from Michigan State University’s James Madison College — following a six-month backpacking adventure through Europe — was for a startup dental technology company, where she focused on the communications, marketing and events side of the business. When the company relocated to Corpus Christi, Texas, she declined the transfer offer and accepted a position with the Society of Manufacturing Engineers producing large-scale trade shows.

“I literally would have to go to work sometimes with a bag in my car because I might have to just jump on a flight and it wasn’t ideal for raising a family with young kids,” she said.

Working for an experiential marketing firm for about a year followed by several years of consulting projects allowed Roraff to strike a better work-life balance while her children were young.

Her son, Ben, is now a sophomore at MSU and daughter, Lucy, is a senior at Grosse Pointe South High School. Roraff, a Sterling Heights native, and her husband, Dave, who grew up in St. Clair Shores, moved to Grosse Pointe Farms from Harper Woods 13 years ago.

Roraff looks forward to the next 15 to 20 years of her career discovering where the future of mobility will lead.

“Everybody wants to leave some kind of legacy and have some sort of impact,” she said, adding she is proud to be part of a “first-of-its-kind project internationally” and work at a place like Ford Motor Co.