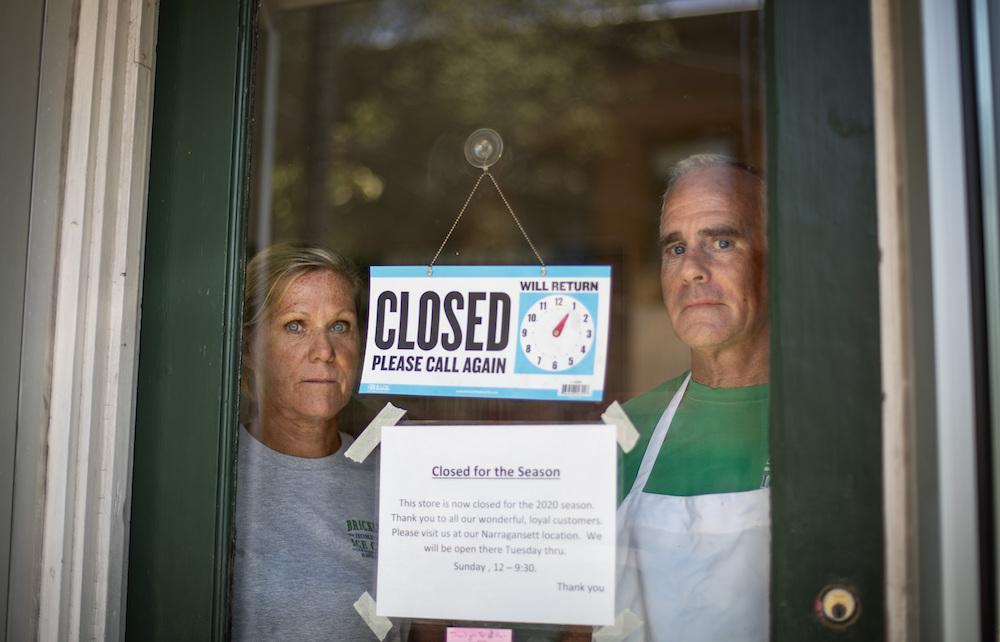 These are tough times for workers, with COVID-related risks layered atop a grossly distorted power disparity that has long enabled businesses to degrade working conditions and violate labor laws. Workers and unions have been fighting back with strikes, lawsuits, walkouts, and more.

But they shouldn’t have to do it alone. One basic function of government is keeping people safe. Another is enforcing the law. Unfortunately, President Trump’s labor team has barely lifted a finger to help workers.

Enter state attorneys general. In recent years, a number of them have been increasingly involved in workers’ rights, as documented in an Economic Policy Institute and Harvard Labor and Worklife Program report issued last month.

Historically, protecting workers hasn’t been on their menu. But in the past several years, state AGs have begun bringing cases to protect working people, from big-headline lawsuits against Uber and Lyft, to more local cases involving a juice bar, a cleaning company, and a security guard business. They’ve fought wage theft by restaurants and home health agencies, the sexual harassment of women farmworkers and hard hats, and the misclassification of workers as independent contractors, rather than employees, by construction, education, and other companies.

State AGs have also acted to preserve job mobility by fighting against the use of noncompete agreements, which prevent people from being able to take a job with their bosses’ competitors. In consequence, Jimmy John’s sandwich shops, the co-working company WeWork, and others curtailed their use of such agreements.

Dedicated units ensure that someone in those AG offices has been specifically assigned to go to work every day thinking about how to use the office’s powers to protect workers.

In a number of states, AG offices have also fought Trump administration rollbacks. They’ve authored critical comments on proposed rules: a plan to permit employers to keep workers’ tips, and a proposal to allow minors to operate complicated patient lifts alone. (Both these proposals were ultimately scrapped.) Some have filed labor-related lawsuits against the Trump administration, like the New York AG’s lawsuit this summer that successfully challenged a Trump rule to narrow access to paid sick and family leave. Other state AG lawsuits have challenged a Trump rule on “joint employment” (which would make it easier for big companies to avoid responsibility for workplace laws when they subcontract or use temps) as well as the rollback of a rule requiring large companies to electronically report worker injuries and illness to the Occupational Safety and Health Administration (OSHA).

In the face of COVID-19 and in the absence of almost any OSHA enforcement of workplace safety requirements, some state AGs have been using whatever powers they can to protect workers. They’ve enforced stay-home orders against violators and defended such orders against legal challenges. Some have created a hotline for workers to report unsafe working conditions. Groups of state AGs have sent public inquiries to Walmart, Amazon, and Whole Foods, to get information about the companies’ paid leave policies, safety measures, and workplace infections and fatalities. They’ve collaborated with local health departments about dangerous jobsites. And state AGs have informally mediated with local companies, pressuring and helping employers to keep their workers safe.

Your donation keeps this site free and open for all to read. Give what you can…

Within the past five years, six of these AG offices—in D.C., Illinois, Michigan, Minnesota, New Jersey, and Pennsylvania—have created dedicated units devoted to labor issues (they joined California, Massachusetts, and New York, which have long had such units). Dedicated sections within the agency allow the assigned lawyers to develop specialized expertise and long-standing relationships with stakeholders like worker advocacy groups, unions, and employer associations. Dedicated units ensure that someone in those AG offices has been specifically assigned to go to work every day thinking about how to use the office’s powers to protect workers. These new sections are likely to outlast any particular administration, and they are likely to be signature aspects of these AGs’ legacies.

State AGs can play a role that is different from, and complementary with, state labor departments. While labor departments are generally the main enforcers within a jurisdiction, set up to handle a high volume of relatively similar incoming complaints, state AGs bring cases according to strategic impact-litigation criteria, seeking to change practices in an industry. They are also particularly well suited to take on new developments, like the growing use of noncompete clauses. And having more government agencies protecting workers serves as a kind of hedge: During my early years as a lawyer in the New York AG’s office, President George W. Bush and Gov. George Pataki—both Republicans—had business-friendly approaches to workplace issues. Having an AG (when I was there, Eliot Spitzer) zealously devoted to protecting workers proved valuable for working people in the state.

More state AGs should take on this work, especially in light of the pandemic’s impact on workers and the importance of ensuring job safety in order to reopen the economy. To be sure, the resources and power of state AG offices vary widely, but state AGs should devote at least some staff time and use whatever powers they have to protect workers’ rights. State legislatures should pass laws giving AGs unquestionably explicit jurisdiction to enforce labor laws, as D.C., Illinois, and Minnesota recently did. Ideally, legislatures would also provide funding for enforcement. (Labor enforcement can sometimes generate revenue, as when employers are required to pony up for unpaid unemployment or other taxes they’ve failed to pay.)

There’s a lot of bad news these days. But when good things happen, it’s important to take note. A cadre of smart state leaders and lawyers newly focused on workers’ rights can only make things better for workers nationwide.