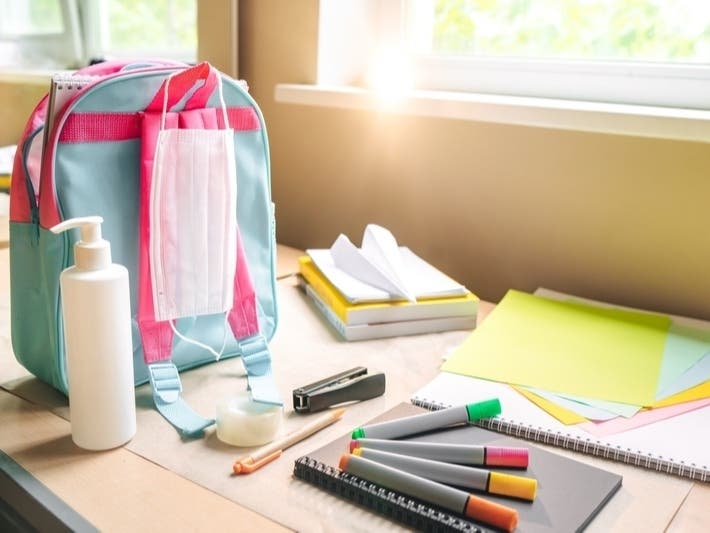 FAIRFIELD, CT — The school year has officially started in Fairfield, as students returned Tuesday to the classroom for the first time since schools switched to remote learning in March amid the spread of the coronavirus.

The impact of the pandemic was clear Tuesday evening, as superintendent Mike Cummings told the Board of Education about the challenges the school district encountered during its first day with buildings back open. Difficulties included students not following safety protocols, and issues with staffing and transportation logistics. But it wasn’t all bad, Cummings said.

“At the simplest, best level, people came together to support the kids and to support each other,” he said.

One area with room for improvement is teaching students the importance of safety protocols such as social distancing in the hallways and properly wearing face masks, Cummings said.

The district introduced assigned seating on buses, according to Executive Director of Finance and Business Services Doreen Munsell, but board Vice Chair Nick Aysseh said his child wasn’t told about an assigned seat and noted he saw three students on his son’s bus wearing masks below their chins.

Several tents intended to provide outdoor space for students were not erected Tuesday after some of the tents had to be replaced because their legs snapped, according to Executive Director of Operations Angelus Papageorge, who added the last seven tents were expected to be up by Saturday.

The school year may have started, but the district is still hiring teachers. Openings for instructors in Spanish, art, family and consumer science, and special education have been particularly hard to fill, Executive Director of Personnel and Legal Services Colleen Deasy said.

“The applicant pool has not been as deep as it has been in the past,” she said.

In some cases, teachers are instructing in-person classes remotely while a paraprofessional or another teacher supervises the room, Cummings said.

Dismissal presented some issues Tuesday. Most Fairfield students are enrolled in a hybrid model that involves elementary students spending half the school day in the classroom and half the day at home, with afternoon and morning cohorts switching places during the lunch hour.

Cummings reported traffic problems on Unquowa Road and Burr Street, and said the district will need to increase crossing guard hours. An additional 200 students opted into district bussing on Tuesday alone, according to Munsell.