The recent plague of smoke-darkened skies over the Bay Area did make one thing clear: We Californians are all in this together.

That notion of a shared fate in this state of 40 million residents runs counter to the idea that our region stands apart, or that our priorities are the only ones that count. That the Bay Area has nothing in common with the rest of Northern California, much less the netherworld of Los Angeles and its sprawling neighbors.

But if California is going to make headway on the various hazards that darken our future — taking effective action on problems ranging from forest management to equitable housing development — we need to embrace a shared acceptance of our common bonds.

“A host of problems the last few years have made Californians realize they have to think beyond their local interests,” said Mark Baldassare, CEO of the Public Policy Institute of California. “There’s a sense that we’re experiencing some things that are similar. You can’t assume you can go to another region and escape.”

The latest example of this is the unhealthy air that permeated the Bay Area for several days, beginning with an orange gloom on Sept. 9. This was different than the smoke unleashed in mid-August by huge fires sparked by dry lightning. Many of the particulates that hovered above the region were from distant conflagrations — the ravenous blazes up north in Butte County and beyond, as well as the Dolan Fire near Big Sur.

That smoke compounded the stubborn remains of the LNU Lightning Complex fires in the North Bay that killed five people and destroyed tract homes in Vacaville, or the fires in northern Santa Cruz and southern San Mateo counties that ravaged Big Basin Redwoods State Park. Closer to San Francisco, the Woodward Fire has burned 5,000 acres on Point Reyes. And with at least six weeks remaining in California’s ever-longer fire season, such grim conditions could return.

“It’s frightening — a testament to climate change,” said Kristine Roselius, a spokeswoman for the Bay Area Air Quality Management District. “I kept getting the question from reporters, ‘Where is the smoke coming from?’ Well, it was coming from a lot of fires.”

The natural forces of fire are analogous to political challenges that, no matter how dire they are agreed to be, defy a unified response year after year.

California’s shortage of affordable housing offers stark proof: The need to make residential construction simpler and more affordable has been singled out as a statewide legislative priority for several years. But the reform efforts that have become law are relatively focused, such as the ability for homeowners to build cottage-like second units in their backyards. The major bills that moved toward passage this year, however, all died at the end of the legislative session.

“The track record for housing this year was disappointing and indicative of how much of a challenge all this is,” Baldassare said. “That’s one of the conflicts right now — how do you go beyond stopping things?” 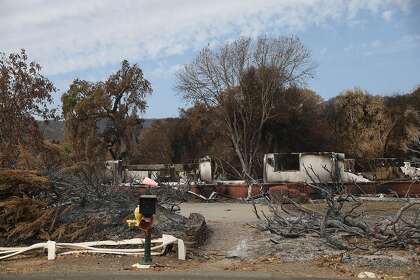 Even when policy initiatives are approved in Sacramento, specific projects at a local level can be obstructed with relative ease. One popular tool is to challenge projects by claiming that they violate the California Environmental Quality Act, because some supposed peril was underplayed or ignored.

The environmental law dates to 1970 and has been broadened extensively since then. It’s an important tool with ongoing benefits, no question — but appeals and litigation are used with cynical regularity by individuals or groups across the political spectrum seeking to delay or derail projects that have broad support.

Targets of such obstruction extend beyond development projects. Two people in San Francisco have filed time-consuming CEQA appeals of recent efforts to close streets to through traffic during the coronavirus pandemic. A pair of small Southern Californian environmental groups are in court trying to block a statewide “Vegetation Treatment Program” that is intended to help the state speed up its proactive fire prevention efforts, including the use of controlled burns in some areas. The program was certified in December 2019 after a decade of review.

“Californians don’t share a commitment to wanting to solve large problems,” said Jennifer Hernandez, a longtime land-use attorney in San Francisco. With regard to the wide-ranging use of CEQA challenges, “it’s easy to put our green cloak on and oppose something on ‘environmental’ grounds.” 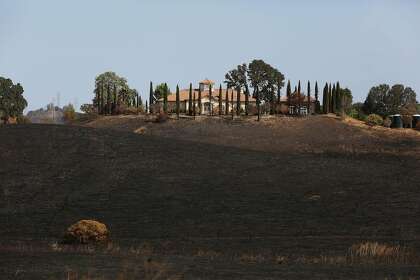 Hernandez has seen the intraregional impact of current problems close at hand. Last week her nephew’s family took up shelter in her Berkeley home. They had driven down from Chico, desperate to protect their 9-month-old infant from prolonged unhealthy air.

“I’m not willing to concede that this is the way it has to be,” Hernandez said — referring not to the fun of having a toddler as guest, but the state’s perpetual gridlock on pressing issues. “But we need to be willing to have fundamental discussions” about forging effective responses to housing and other needs.

Altering the habits of generations won’t be easy. The vastness of California encourages us to define our world more compactly, just as the Bay Area’s topography and central body of water divides it naturally into smaller parts. Interest groups, even lone gadflies, have a vested interest in keeping the current system, with its built-in opportunities for roadblocks.

Nor does it help that national politics encourage acrimonious division — starting with a president who last week went so far as to proclaim that “If you take the blue states out … we’re really at a very low level” of COVID-19-related deaths. His administration, meanwhile, has likened diversity training to “anti-American propaganda.”

Still, some observers are hopeful that there might be an opening to tackle issues in less parochial ways than has been the norm.

“It’s complex work to think beyond your own interests, but there’s a sense that we’re experiencing some things that are similar,” said Baldassare, whose institute conducts annual polls of statewide attitudes on current topics. In July, for the first time ever, climate change topped the list of concerns in the institute’s statewide environmental survey.

A similar point is made by Kate Gordon, director of the Governor’s Office of Planning and Research.

“The physical effects of climate change have altered the way that people think about the state,” Gordon said, including the recent one-two punch of record heatwaves and multiple fires. She also mentioned the coronavirus, which at various points this year has surged in all types of communities and nearly all corners of California. “People do often default to parochialism, but these things extend beyond any one region.”