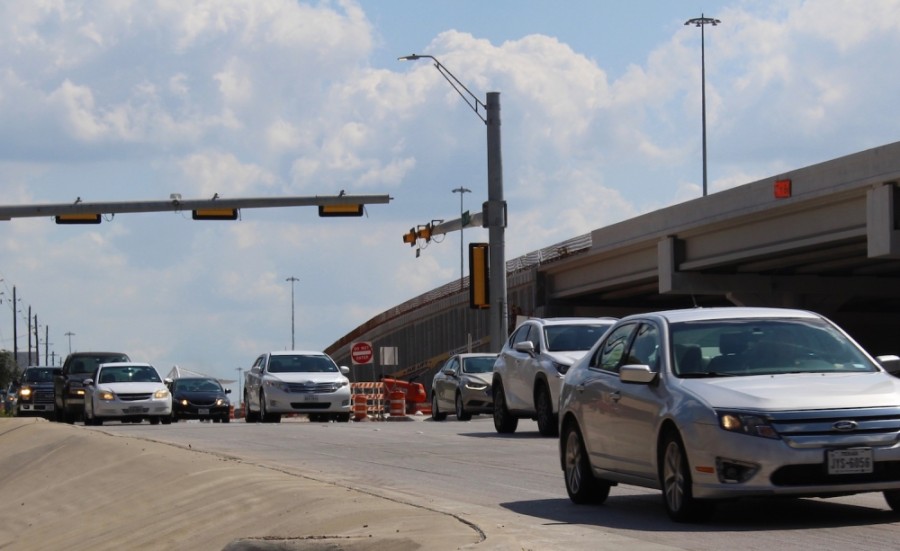 A new limited government corporation formed by Harris County Sept. 15 could result in surplus revenue from the Harris County Toll Road Authority going to other county needs outside of the realm of transportation and mobility.

The corporation was formed following a conversation at a Sept. 15 commissioners court meeting about refinancing the authorities debt. Commissioners were presented with three options—the first involving a simple debt refinance without any changes to how the toll road authority operates; and another that would have allowed the county to issue mobility bonds to use toll road revenue to fund more non-toll projects.

As a key part of the corporation’s inception, the authority will pay the county a $300 million one-time franchise fee, as well as roughly $90 million in annual franchise fees moving forward, money that is effectively removed from the authority’s budget and given to the county. The court’s five commissioners will initially assume the rolls on the board of directors of the new corporation.

The three Democratic members of the court who supported the motion—Harris County Judge Lina Hidalgo, and Precinct 1 and 2 commissioners Rodney Ellis and Adrian Garcia—said they saw value in the added flexibility in how that money can now be spent. While money collected by the toll road authority can only be spent on debt and transportation infrastructure, money in the LGC can be spent on a wider variety of projects, including flood control projects and health care needs.

“I favor some flexibility on the issues that we deal with in this county,” Ellis said. “I think in the midst of the worst health challenge in 100 years and probably the worst economic challenges since the Great Depression, we can’t solve all our problems, but I think we should not handcuff ourselves.”

Meanwhile, Garcia called on commissioners to begin the process of determining what infrastructure needs exist within the county to determine how the money should be allocated.

The motion was opposed by the two Republican members of the court, Precinct 3 Commissioner Steve Radack and Precinct 4 Commissioner Jack Cagle. Cagle said he did see a need to rush the decision on what officials believe is the largest financial transaction in the history of the county, instead calling for a second opinion and for more public input.

Leaders with both the Cy-Fair Houston Chamber of Commerce and the Greater Tomball Area Chamber of Commerce were among those who submitted requests to commissioners calling on them to refrain from diverting any funding away from infrastructure, including road and transportation projects.

“We are the fastest growing precincts in Harris County and to take this money away from our infrastructure will not only crumble our streets but will hurt our businesses and communities,” Cy-Fair Chamber President Leslie Martone said, referring to precincts 3 and 4.

Radack said the move lacked transparency. He argued that money collected from toll road drivers should not be used to fund projects that otherwise would have to be funded by an increase in property taxes.

“There is nothing transparent about this,” Radack said. “This is a money grab, and it is a way to try to basically, as far as I’m concerned … use money to pay for things that are normally paid for by ad valorem [property] taxes.”

Garcia said he was sensitive to concerns about transparency. He said keeping the conversations within commissioners court would demonstrate a commitment to transparency as funds are allocated.

“This is not a workaround, but rather this is just working to give the public more for what they have already given us other than just holding it all in a safe deposit box without it working for the public,” Garcia said.

The toll road authority brought in just over $900 million in revenue in the fiscal year that ended Feb. 29, according to budget documents, meaning the $300 million one-time payment constitutes around one-third of the annual revenue. Berry said he expects the annual $90 million franchise fee to make up about 10% of annual revenue during an average year.

Any funds not sent over to the county in franchise fees would remain with the authority. The portion of toll road revenue that goes to each county precinct for mobility projects each year will also not be decreased, Berry said.

The county will refinance between $2.7 billion-$2.8 billion in toll road debt, Berry said. He said the move to establish the LGC will not likely trigger a downgrade in the toll road authority’s bond rating, though he cautioned that a downgrade still could eventually come as a result of fewer people using toll roads during the pandemic.

“All toll roads right now are under some negative pressure,” Berry said at the Sept. 15 meeting. “If commissioners court goes down that path, it is unlikely that would trigger a downgrade, but I can’t promise no downgrade because we’re in middle of pandemic where folks are driving less.”

Hidalgo, who cast the deciding vote on the measure, said she thought the move would help the county “maximize every dollar” while also taking advantage of the low interest rates.