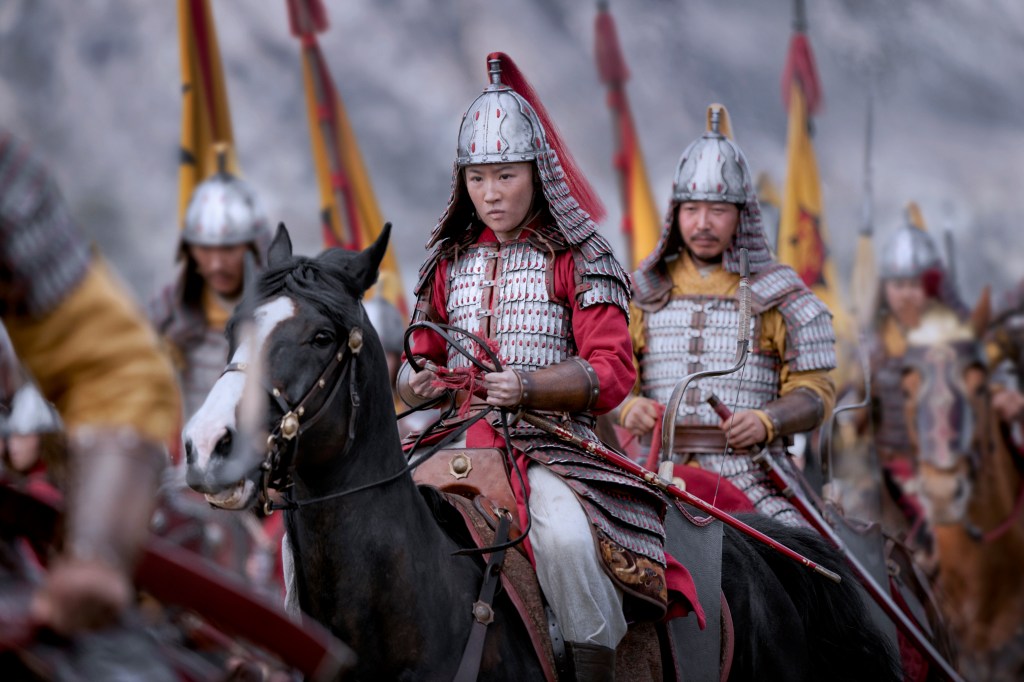 Disney CFO Christine McCarthy addressed the controversy over Mulan, which critics accuse of indirectly favoring the oppression of Uighur Muslims in China, noting the uproar has created “a lot of issues.”

Authorities in the Xinjiang province, an area where Uighurs have been detained in mass internment camps, authorized filming in the region and a government agency is acknowledged in the film’s credits. Critics, including politicians like U.S. Sen. Josh Hawley (R-Mo) have attacked the film, released on Disney+ last Friday, and called for it to be pulled from the streaming service and theaters.

Various controversies and challenges have dogged the live-action remake of Disney’s 1998 animated feature for the past year or more. The company also had to reschedule its planned theatrical release numerous times as it responded to swirling uncertainties around COVID-19.

Netflix Debuts ‘One Story Away’ Branding Campaign In 27 Countries

Mulan is slated to be released soon in China, which remains in a fierce political and economic standoff with U.S. over a range of matters, with many media and tech companies getting dragged into the fray. McCarthy, appearing at the Bank of America Virtual 2020 Media, Communications & Entertainment Conference, was asked if the backlash would hurt the film’s commercial potential in China.

“I’m not a box-office prognosticator, but it has generated a lot of publicity,” she said. “Let me just put something into context. The real facts are that Mulan was primarily shot — almost in entirety — in New Zealand. In an effort to accurately depict some of the unique landscape and geography of the country of China for this period drama, we filmed scenery in 20 different locations in China. It’s common knowledge that, in order to film in China, you have to be granted permission. That permission comes from the central government.”

McCarthy went on, noting that it is a common practice around the world “to acknowledge in a film’s credits the national and local governments that allowed you to film there. So, in our credits, it recognized both China and locations in New Zealand. I would just leave it at that, but it has generated a lot of issues for us.”

Apart from the controversy, many of McCarthy’s comments echoed material from her appearance on Wednesday at a similar media conference organized by Citibank. She reiterated that research on moviegoers’ mixed sentiment about returning to theaters helped drive the company’s decision to put it out first as a $30 premium to Disney+ subscribers.

Invited by moderator Jessica Reif Ehrlich to expand on the film studio’s release strategy, she said more “premier access” experiments like Mulan are possible. But she stressed that theatrical remains a key component of the company’s distribution plans and did not say the company is actively talking with exhibitors about altering standard release windows.

“We’ve got a pretty robust slate” through 2021 and beyond, she said. “We hope theaters are open, and we hope our films are films that for the people who choose to go to movie theaters, the experience of going to a theater is very different from what you would have at home.”

Among the other topics that surfaced during the 40-minute session was the state of negotiations with the NFL. Like ViacomCBS, NBCUniversal and Fox, Disney is talking with the league about a re-up. ESPN’s Monday Night Football rights expire sooner than the other network packages, in 2021.

The company approaches deals in a “disciplined” manner, but is willing to consider guaranteeing that games would air on ABC rather than ESPN, if it helped Disney’s chances to lock in a renewal.