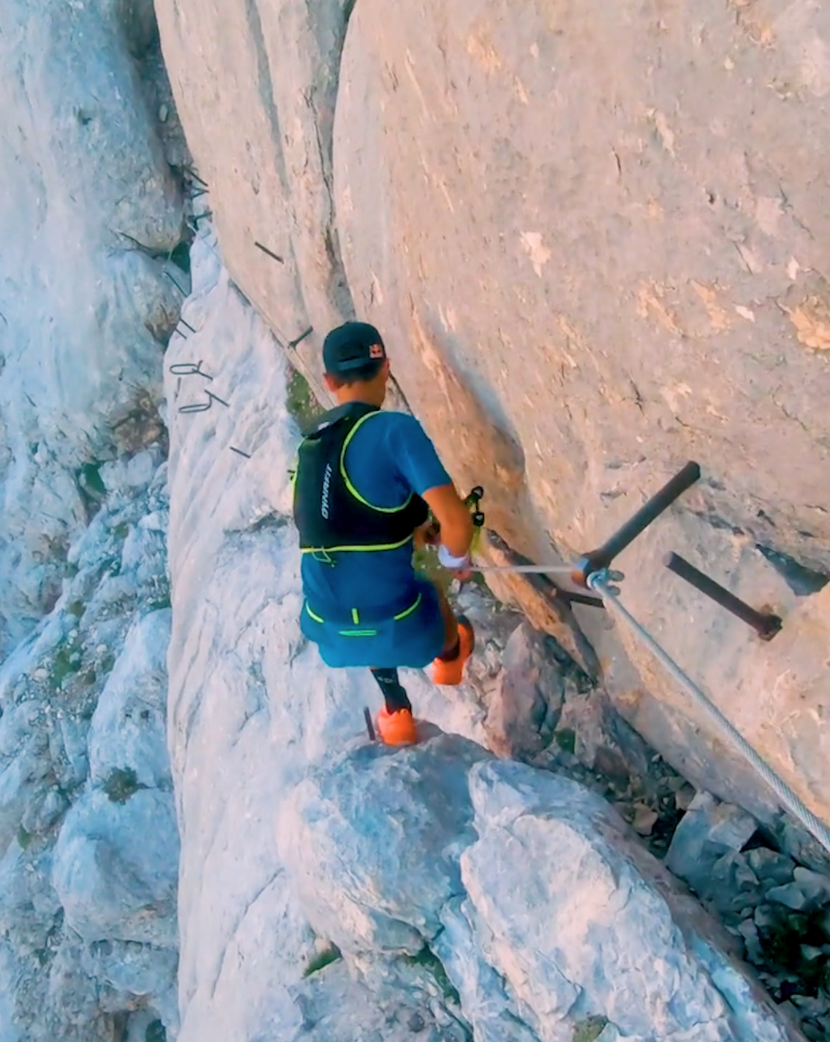 The mountain runner began at 3 a.m. on August 20, when it was still dark outside. He only had a head torch to illuminate the ascent, although he was accompanied by a series of mountain runners throughout the challenge.

It wasn’t until he got to Škrlatica that the sun rose.

Kovačič continued the race up and down the difficult landscape. Eventually, he was joined by his girlfriend Urška Ahac for the final summit at Mangart which closed out the 14-hour expedition.

“It’s all over now,” Kovačič said. “I’ve dreamed for a long time, about combining all the peaks in one day. Thinking about the feasibility of it all, would 24 hours be enough? Now I’ve made it in less than 14 hours. Crazy!”

The mountain runner said he’d need a couple of days of sleep to recover. However, he credited his strict training schedule of 900 hours per year, where he ascends 10,000 meters per week.

“Not even for a moment did I think I wouldn’t make it,” he said. “I was focused on my goal and only a big problem could have stopped me, a danger that would have proven too risky.”

Snag this alarm clock that’s designed to gradually light up and mimic a sunrise for $120:

If you enjoyed this story, check out the Slovenian daredevils who created a water swing using a massive pendulum swing.

More from In The Know:

The best organizers to buy for your home, according to a professional organizer

This spearfisher goes to extreme lengths to catch her food