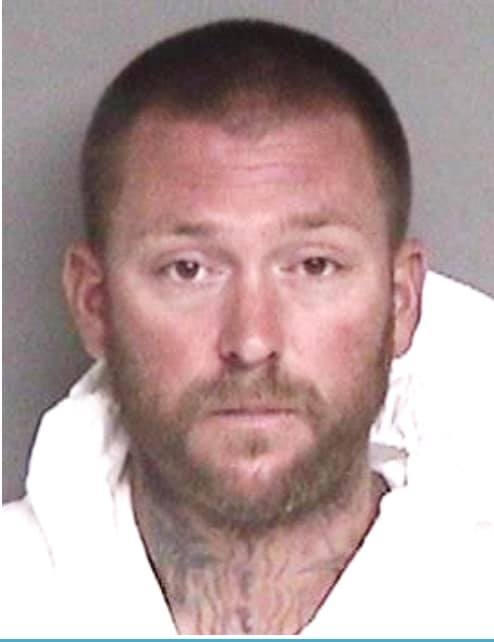 A man was arraigned Wednesday on charges for allegedly killing his girlfriend at a ranch property in rural Livermore last weekend.

Gregory Jonathon Stephens, 38, has been charged with murder and a special allegation of firearm use following the shooting death of Kellie Henry — who could be seen lying unresponsive on the floor inside near the front door while Stephens was holed up in the house, according to the Alameda County Sheriff’s Office.

Henry, 51, was pronounced dead at the scene after sustaining “numerous” gunshot wounds, according to ACSO officials.

“The victim was in the process of ending relationship with suspect,” ACSO Sgt. Ray Kelly told the Weekly.

Stephens, who remains in jail custody, allegedly admitted to authorities after his arrest that he killed Henry. He was arraigned on the criminal complaint but did not enter a plea on Wednesday, according to Teresa Drenick, spokesperson for the Alameda County District Attorney’s Office.

The situation unfolded just before 2:30 p.m. Sept. 6 at a house in the 9200 block of Tesla Road in unincorporated Livermore, located near the Cross Road intersection in the Livermore Valley wine country.

Sheriff’s deputies were responding to a report of a man having shot and killed his girlfriend during an argument, according to Kelly.

The sergeant alleged that Stephens contacted other family members and confessed to the shooting, and the family members in turn called 9-1-1 while Stephens was threatening suicide after the killing.

Deputies arrived at the rural property and while walking around the house observed a woman — later identified as Henry — down on the ground and unresponsive inside with apparent gunshot injuries, while Stephens was seen moving in and out of the house, according to Kelly.

Members of the sheriff’s crisis intervention unit (CIU) and special response unit (SRU) then responded, and authorities deployed special technology — drones and robots — and a K-9 unit to the scene, according to Kelly. An East Bay Regional Park District Police Department helicopter provided support, as did the Livermore Police Department and California Highway Patrol.

CIU negotiators made phone contact with the suspect to establish communication. “After several successful conversations back and forth, CIU was able to de-escalate the volatile situation,” Kelly said. “The suspect agreed he would come out of the home without causing further harm.”

Stephens emerged from the home with his hands up at about 5:15 p.m. and was detained without further incident, according to the sergeant.

Deputies then entered the house, cleared the scene and located Henry, who was pronounced dead. Evidence showed “she had been shot numerous times inside the residence,” according to a probable cause declaration filed by the ACSO.

No other victims were located, Kelly said.

After his arrest, Stephens “provided an admonished statement to detectives in which he confessed to the murder of victim,” according to the ACSO probable cause declaration.

“Our hearts go out to the family and friends of Kellie,” ACSO officials said last Monday upon identifying the victim publicly.

Stephens has been booked into Santa Rita Jail in Dublin.

The DA’s Office charged Stephens on Tuesday with murder as well as a special allegation of intentionally discharging a firearm causing great bodily injury and death. His arraignment followed on Wednesday.

The defendant is scheduled for a court hearing on Sept. 23 to enter a plea to the charges, according to Drenick. It was not immediately clear whether Stephens is represented by an attorney.