NORTHAMPTON — When normal life was upended in March as the pandemic ramped up, appeal hearings for people seeking disability benefits from the Social Security Administration started taking place solely over the telephone.

Since offices were shuttered and in-person appearances were put on hold that month, the Social Security Administration says its judges have held more than 180,000 telephone hearings for these benefits. And as the federal administration anticipates the continued closure of its physical office spaces, it announced this month that it will start rolling out online video hearings via Microsoft Teams in early fall.

For some local attorneys practicing disability law, the pandemic has presented challenges as they try to get needed benefits to their clients.

Northampton attorney James B. Winston represents claimants in both Supplemental Security Income (SSI) appeal hearings, which pays benefits to disabled adults and children who have limited income and resources as well as to some elderly people; and Social Security Disability Insurance (SSDI) appeal hearings, which pays benefits to people who have paid social security taxes on their paychecks. If a person’s initial application for these benefits is denied, they can eventually request one of these hearings in front of an administrative law judge.

“It’s a chance for the claimant, in his or her own words, to explain to the judge why they can’t work full time,” Winston said.

The in-person version of these hearings is private, Winston said, with the attorney, claimant, judge, a clerk and possibly a few experts attending. But the in-person hearings also allow the judge to more closely view the person who is seeking benefits, which Winston said can sometimes make all of the difference between winning and losing a decision.

So when the COVID-19 pandemic struck, Winston said that his clients were hit with a choice: either postpone their hearings or opt to conduct them over the telephone. Initially, about 75% of Winston’s clients opted to postpone with the hopes that in-person hearings would begin again, he said, but as the months dragged on some began opting for telephone hearings. Some people opt for hearings fast because they have a financial need while about 50% of his clients are still postponing, he said.

The telephone hearings have gone well, for the most part, Winston said. But “certain things are lost” over the phone, he said, such as a judge not being able to see a person to get a sense of their disabilities.

Winston said the SSA has done video hearings before the pandemic but attorneys and their clients still had to physically show up at an office to use their equipment. The upcoming videoconferencing rollout will allow participants to have their hearings from a phone or a laptop via Microsoft Teams and will likely be limited at first.

Winston said that past and future video conferencing still presents the issue of not having a person physically in the room with a judge, though he said Microsoft Teams “will certainly be an improvement than over the phone.”

“What this tells me is that (the Social Security Administration) is not coming back for in-person hearings for quite some time,” he said.

Even before the pandemic, Stapleton said he often rejected the video hearing in favor of an in-person one. But the telephone hearings have “been good,” he said, so much so that he said he wouldn’t want to opt for a hearing over Microsoft Teams once that is available. He said that the technology itself might serve as a barrier to entry for people looking for social security benefits.

“They can’t afford internet, most of them,” Stapleton said about his clients. “So it doesn’t make a lot of sense for people who have been waiting two years for a hearing and can’t afford a loaf of bread.”

Stapleton does agree, however, that in-person hearings for disability benefits won’t come back for a while.

“People applying for disabilities don’t have the greatest immune systems, they’re not eating healthy, they’re not exercising,” Stapleton said. “They’re not good candidates for being out in public.”

David Waldfogel, a disability attorney at the Center for Public Representation in Northampton, said that at first, like Winston, many of his clients opted to postpone their hearings. But some started to do the telephonic hearings, and while he said they aren’t ideal, they have gone relatively smooth.

As for the roll-out of Microsoft Teams video conferencing, Waldfogel said he’s also concerned about the technological barrier to entry for his clients and even for himself. He said he’s had two telephone hearings with homeless people, one who called in from a tent in the woods and another who called in from his truck.

“I just cannot see them doing video,” Waldfogel said of these clients.

Ultimately, Waldfogel said he’s glad to see that the Social Security Administration is still working to continue the hearing process during the pandemic.

“I think they’re doing the best they can,” he said.

Michael Connors can be reached at mconnors@gazettenet.com. 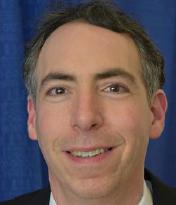 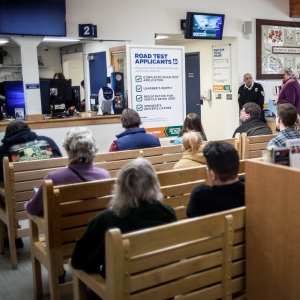 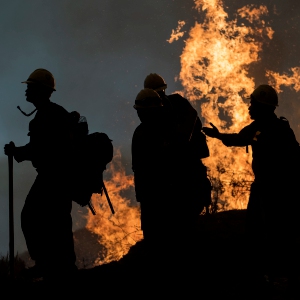 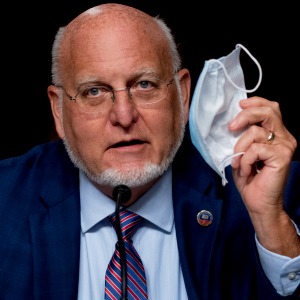 WASHINGTON — The government outlined a sweeping plan Wednesday to make vaccines for COVID-19 available for free to all Americans, assuming a safe… 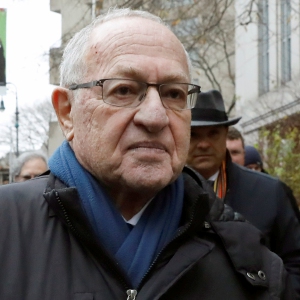 FORT LAUDERDALE, Fla. — Attorney Alan Dershowitz is suing CNN for $300 million, alleging it slandered and libeled him through its editing of a…