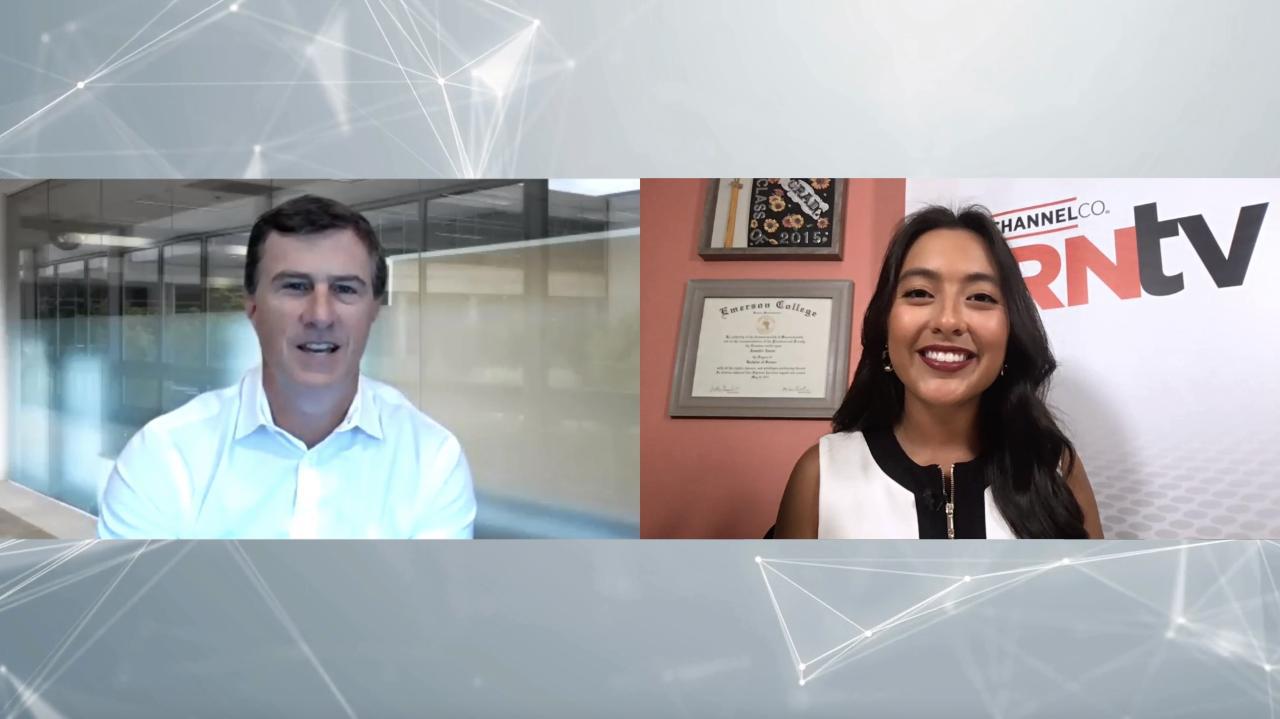 Intel U.S. channel chief Jason Kimrey said the chipmaker won’t hold back in touting the benefits of Tiger Lake and other products over competitive offerings, giving partners more opportunity to clearly articulate how the semiconductor giant differentiates itself against rivals like AMD.

“We’re super proud of Tiger Lake, and we made no bones about it,” Kimrey, general manager of Intel’s U.S. channel and partner programs, told CRN, referring to the new 11th-generation Intel Core processors announced Wednesday that will go into over 150 laptops, 50 of which will land this year.

In Intel’s Wednesday presentation for the Tiger Lake launch, the chipmaker said the new processors, in comparison to AMD’s new Ryzen 4000 laptop chips, are up to 2.7 times faster for content creation, 20 percent faster for office productivity and more than two times faster for gaming and streaming.

“It is the best processor on the planet for mobile computing, and we used very fair and current benchmarks to prove that in a number of different demonstrations,” Kimrey said, “so if it means being more public and proud about great technology, sure, we’re not going to hide behind that.”

While AMD has made a habit of showing off the advantages of its processors to Intel’s products, Intel itself has mostly held back in public presentations in recent years from making competitive comparisons. Out of Intel’s four 10th-generation Intel Core families, the company only made two comparisons to AMD in press presentations, pitting Tiger Lake’s predecessor, Ice Lake, against AMD’s second-generation Ryzen mobile processors for integrated graphics and artificial intelligence performance.

But with Tiger Lake, Intel went all out and made several direct comparisons to AMD’s Ryzen 4000 processors that launched earlier this year — and even went as far as calling AMD an “imitator.”

“It’s important for them to be able to articulate the benefits, whether its speeds, feeds, cost, value, return on investment and longevity against AMD,” he told CRN. “AMD has been getting a few splashes in the press, based on certain releases that they’ve done. Additionally, when you look at all the constraints that Intel has had — the shortages and challenges — a lot of companies have opened the door to AMD.”

Kimrey said Intel’s Tiger Lake launch plans will initially focus on consumer laptops this holiday season and then commercial laptops in early 2021, supported by vPro variants of the processor line.

“As it as it transitions into a business platform, you‘ll continue to see us innovate [with] more and more capabilities around vPro,” he said of Intel’s enterprise platform for manageability and security.

Intel is planning to create new channel programs around Tiger Lake for partners to drive adoption of new laptops using the processors, according to Kimrey. But before Tiger Lake is available to the broader market, the company will continue to push partners to sell previously launched product lines, including the 10th-generation Intel Core processors for desktops and laptops.

“We are still working very closely on 10th-gen [Intel Core] and other generations to service the market with those technologies,” Kimrey said, “but as we transition, we certainly will be creating more programs to accelerate [Tiger Lake].”

As for any lingering CPU supply issues, Kimrey said Intel has continued to increase its manufacturing capacity and is working hard to correctly forecast demand across its wider product portfolio.

“We have talked openly about increasing of our output — and not only looking at increasing our total output but ensuring that we are getting the mix right to meet where the compute requirements are so we are continuing to, based on those forecasts, increase our output to service that market,” he said.

While most enterprises prefer to purchase commercial laptops, Kimrey said Intel is hearing from partners that small- to medium-sized businesses and some departments within large enterprises are starting to opt to buy consumer laptops for their employees.

“We do see from a number of our reseller partners, they are telling us that they’re getting more and more inquiries to be able to provide access to some of those consumer devices,” he said, adding that the trend includes higher education and military customers looking at consumer laptops for gaming purposes. “There is a desire to have some of those consumer capabilities to devices, or for specific workloads or use cases in a business environment.”

However, for larger organizations, going with commercial laptops using Intel’s vPro platform will make the most sense from security, manageability and reliability standpoints, according to Kimrey.

Kimrey said he expects the Tiger Lake processors’ new graphics and AI capabilities, in particular, will create new market opportunities for partners to sell into their customer bases. For instance, Tiger Lake’s Iris Xe integrated graphics, powered by the company’s new Xe GPU architecture, provides a level of performance that was only previously seen in laptops paired with discrete graphics cards

“Platforms like Tiger lake, with its incredible battery life, thin form factors and integrated AI, it just creates so many opportunities for partners to deliver new experiences and solutions to their customers than ever before,” he said.

“There is just so much good energy and excitement around the platform,” he said. “It’s been an interesting couple of months, and I think Tiger Lake, it shows that we’re just not backing off as an innovator and our commitment to creating the best products on the planet.”

Venero, CEO at Intel partner Future Tech, said while his company works closely with OEMs like Dell, HP Inc. and Lenovo to provide customers product roadmap updates, he does the same thing with Intel because of how consequential the chipmaker’s future processors are for the broader market.

“We prefer to do Intel roadmap sessions with customers because it’s purely about what Intel is doing and bringing in their future versus what the particular OEMs are doing around their products,” he said.

Intel’s vast resources is one reason Venero has stuck with the company as opposed to working more with AMD, which he said tends to focus on partner outreach through OEMs.

“I think Intel does a better job of direct marketing to the [value-added resellers],” he said.

The big question for Intel’s Tiger Lake is whether the new processor lineup will enjoy the same level of massive sales earlier this year that was prompted by many workers moving into home offices as a result of the pandemic. To Venero, Tiger Lake laptops will be entering a more constrained market, based on spending trends he has seen in his own base of enterprise customers.

“A lot of the big companies have spent a tremendous amount of money that was unforecasted to set up individuals at home, whether they be notebooks or [desktops]. We’ve seen an incredible rise of sales around mobile and desktops for the home base worker because of COVID and things to that effect,” he said. “So I don’t really believe that there’s going to be a banner year as it relates to sales from a mobility perspective, because I think a lot of these larger organizations have already spent money that they didn’t have budgeted or forecasted.”