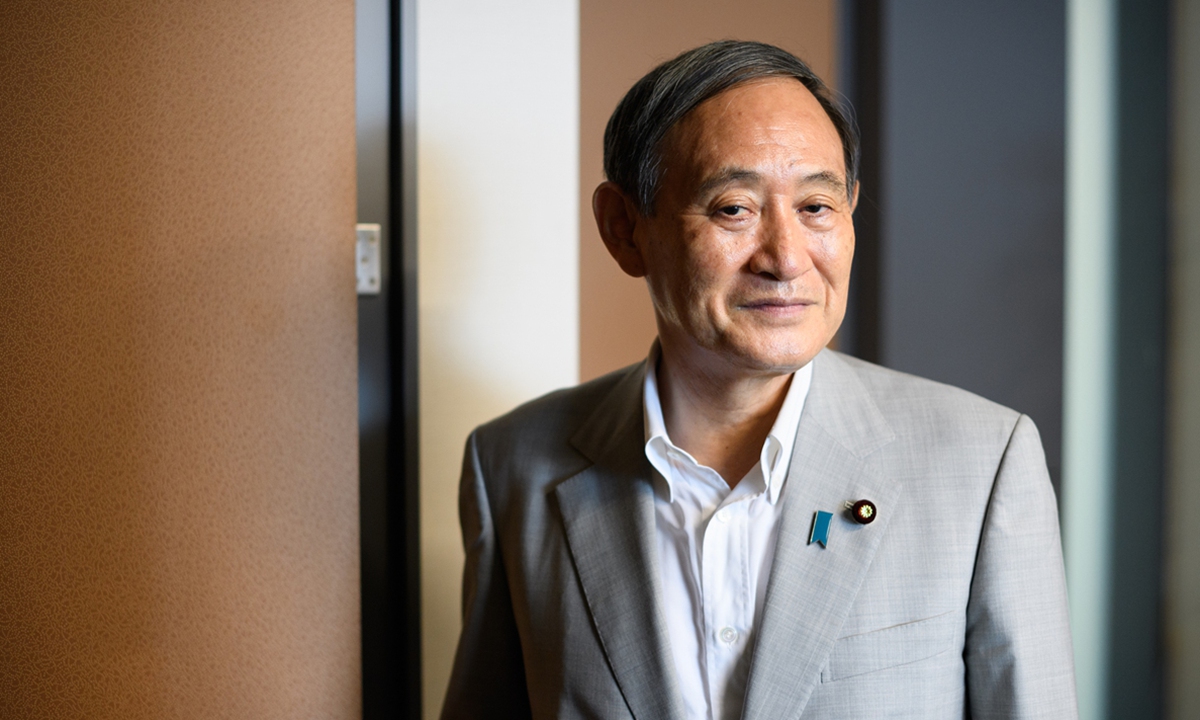 Yoshihide Suga was elected leader of Japan’s Liberal Democratic Party (LDP) on Monday to succeed Shinzo Abe. As the incoming prime minister, Suga faces with challenges both at home and abroad, especially the ongoing COVID-19 pandemic. Where does Suga stand on Abe’s policies and China-Japan-US relations? Two Chinese experts shared their views with the Global Times.

The Tokyo Olympic Games, economic development and the COVID-19 pandemic will be the focus of Suga’s policies.

If Japan’s economy doesn’t pick up, and the pandemic isn’t well contained, the LDP will be in jeopardy. Japan’s House of Representatives could be dissolved at any time, and the LDP could lose seats if the economy and the epidemic are not brought under control. Although Suga is widely seen as an interim prime minister, he has political ambitions to complete his tenure.

The delayed Tokyo Olympic Games will also be an important issue for Suga. Not only is it a political issue that Abe’s cabinet has been working on, but a successful Games would boost the economy and Japan’s status in the international community and neighboring countries. It’s also a good chance to improve his diplomatic appeal.

Suga himself doesn’t have strong economic policies, so he is more likely to inherit the “Three Arrows” policy, the core of the Abenomics. It will be impossible for Suga to amend the Constitution, which Abe has tried to do for years.

In terms of how to balance the relationship between China and the US, the advantage for Suga is that there has been a candidates’ debate before he takes office. In this debate, he has shown some goodwill toward China. Firstly, he insists on communications among high-level officials. Secondly, he does not stress the necessity to form an ideological ally to contain China. Thirdly, he has made it clear that he does not want a small NATO in the Asia-Pacific region.

Besides, whether Trump from the Republican or Biden from the Democratic wins the US presidential election will have a big impact on Japan’s diplomatic policy. The question is how much Japan will be affected by the outcome of the US election, rather than the need to adjust its policy toward the US.

Da Zhigang, director and research fellow of the Institute of Northeast Asian Studies at Heilongjiang Provincial Academy of Social Sciences

The new prime minister’s overall approach to cabinet management, the economy and foreign policy will largely follow Abe’s style. The main features in Suga’s China policy will be stability, specialty of Suga’s character and pragmatism.

Stability means he will inherit diplomatic resources from Abe and make a smooth transition to a new stage. In general, the trend toward normalization of China-Japan relations since Abe’s visit to China in 2018 will be maintained. There have been some discordant voices in China and Japan amid the COVID-19 crisis. Issues around Hong Kong’s national security law, the Taiwan question, the South China Sea and the Diaoyu Islands have gradually distanced China-Japan relations. In other words, instability exists in the stable China-Japanese relationship and there’s a risk of intensified regional issues.

Suga will also continue Abe’s existing policies while adding his own characteristics in the process. He is not a puppet of Abe. Abe rushed to implement policies, while Suga may choose to do so smoothly, trying to achieve mutual understanding after extensive discussions with multiple sides.

Judging from the debate, Suga is more practical with Japan’s ties with China. To address some long-standing thorny issues, he advocates the two sides face up to reality first and seek solutions by expounding Tokyo’s propositions.

It’s unlikely Suga can surpass Abe’s political achievements. Suga has always wanted to improve living standard for the Japanese people. How long he can stay in office, and whether he gets public support, largely depends on the implementation of his policies and their actual effect.