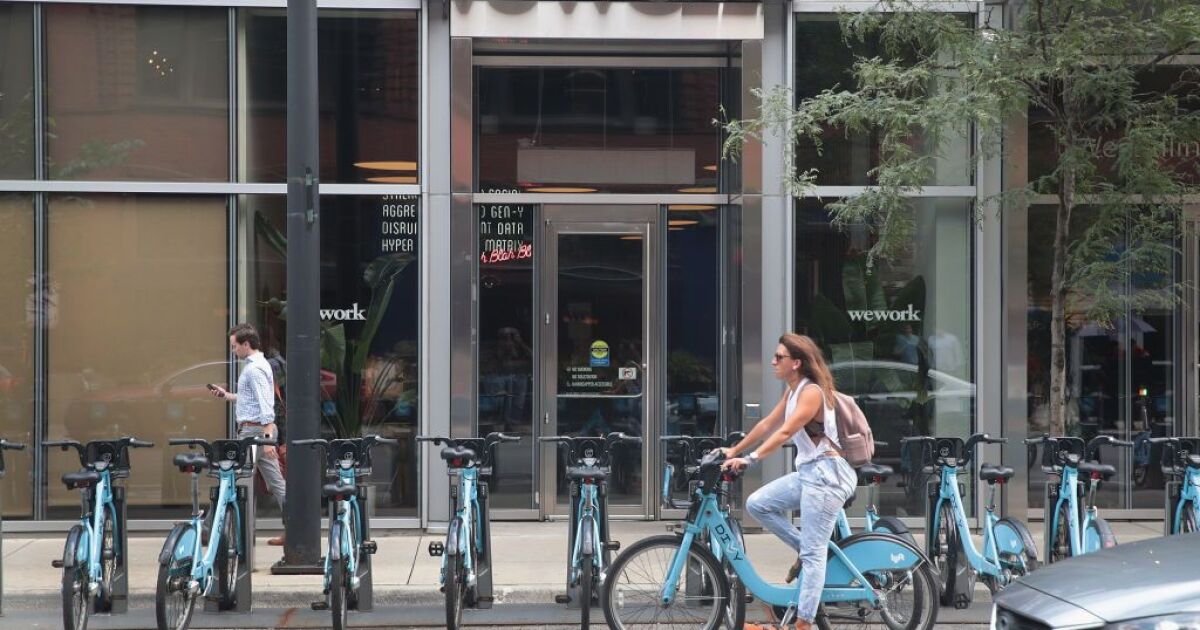 Summer’s end has brought on a new phase for the economy. Movie theaters are open, college and pro football games are being played with fans in the stands, and New York City is set to partially reopen indoor dining. Perhaps it’s no surprise companies such as JPMorgan Chase are looking to call office workers back as well, potentially marking an unofficial start to post-pandemic office culture.

As future-of-work discussions shift from theoretical to practical, one much-maligned company that could be a solution to a world of hybrid work is WeWork. While it has made plenty of errors, its core mission of providing community and flexibility to office workers and companies might be exactly what we need as we re-envision the working world based on the lessons learned over the past 6 months.

Read more: Afraid to return to work? A private office space can be a safer alternative

WeWork has appeal in a world where companies and workers are looking for hybrid or flexible models. Early in the pandemic, Facebook CEO Mark Zuckerberg said that as many as half of his company’s workers could be remote in five to ten years. More recently, after six months of tech employees working remotely, Netflix CEO Reed Hastings said remote work has been a “pure negative” and wants workers back in the office as soon as possible after the rollout of a vaccine. Hastings speculated many companies could ask workers to spend four days a week in the office and one day a week working remotely.

Other companies may pursue different approaches — some fully remote, some with certain roles in the office full-time and others that are more flexible. It may take years for companies to figure out what best practices look like.

This is where the services WeWork provides could be so valuable. For companies unwilling to commit to multi-year leases without knowing what the new normal looks like, it offers a way to get temporary or flexible space with amenities that still let workers collaborate in person. WeWork offices could be retrofitted to provide “Zoom conference rooms” for high-definition video, so remote workers aren’t worried about limited technology setups or awkward backgrounds at their homes. For workers whose housing situations aren’t amenable to remote work, WeWork can provide an office environment even if they work for a company with a remote-work culture.

Pandemic-related migration trends could expand the geographical reach of WeWork. In its early days, it was concentrated in urban centers such as New York and San Francisco. An expanded culture of remote or hybrid work could mean growth opportunities in exurbs or mountain towns that have a critical mass of workers needing a more formal or collaborative work environment than a spare bedroom or home office.

It’s unfortunate that WeWork’s financial situation is precarious after years of mishaps, with its bonds maturing in 2025 trading for around 70 cents on the dollar. Because now would arguably be the best time to start a company just like it. Even if most companies bring most employees back into offices over the next year, the aggregate number of worker hours in remote or co-working environments is likely to be far higher over the next few years than it was in 2019. And with office vacancies soaring and rents dropping, WeWork could likely acquire buildings or office space far cheaper now than it ever could have over the past several years.

It’s possible that, due to its financial constraints and tarnished reputation, WeWork might not be the company to pull off this vision. Sometimes companies can identify an innovative new product or service but be too early, too reckless, or break too many rules to create a business that stands the test of time. Napster revolutionized how people downloaded and listened to music but was eventually shut down. Music streaming services such as Spotify and Apple Music succeeded legitimately where Napster fell short.

Whether or not WeWork ends up being the company that owns the market for flexible office space, the business opportunity to get that service right has never been greater.