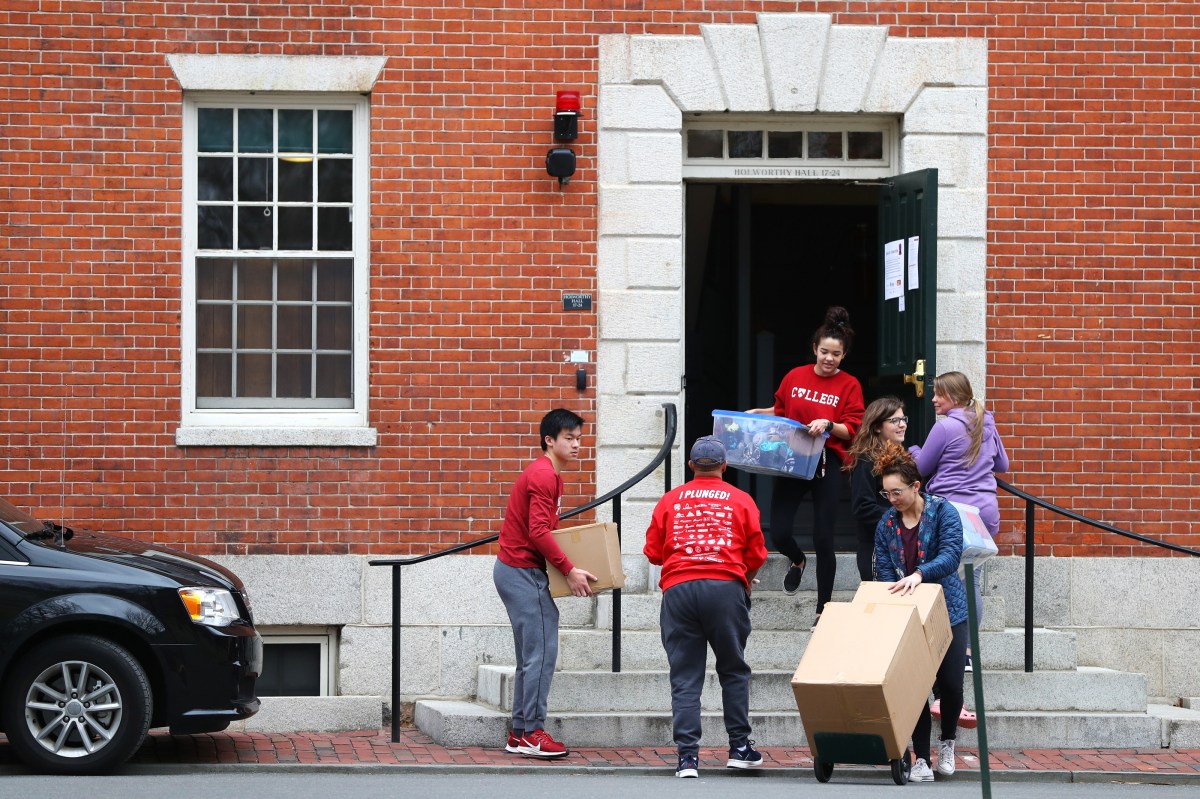 The census, which is conducted every 10 years, is used to reapportion the U.S. House of Representatives and distribute billions in federal funding to local communities. But now the COVID-19 crisis, coupled with a counting schedule that’s been cut from Oct. 31 to Sept. 30, has fueled fears over the census’ accuracy.

Congress uses census information to decide how much money should go toward certain areas and initiatives, like community development block grants, workforce training and K-12 education. Some programs will allocate the money to state governments, who then have the discretion to decide how it’s spent.

“If you don’t fill out your form, it will cost your community and state, and not only does the area lose money, that money doesn’t go back to the Treasury, it goes to other areas,” explained Andrew Reamer, a research professor at George Washington University.

As of August, 63% of all households in the country have responded to the 2020 census. The government sends out census workers in an effort to count harder to reach populations, such as immigrant groups that may be fearful of providing information to the government.

In a memo, the Office of Inspector General said that the bureau needed more than 300,000 census takers by the end of August, but by mid-month, just under 220,000 enumerators were trained and ready to start working. Some of the challenges it cited included “pandemic-related issues.”

“With the delay in operations caused by COVID-19, some applicants offered positions as long ago as December 2019 no longer want to work for the Bureau or no longer respond when contacted,” according to the memo.

The COVID-19 crisis may have also particularly affected the counting of people living in group settings — think college towns, nursing homes and prisons, according to Qian Cai, director of the Demographics Research Group at University of Virginia’s Weldon Cooper Center for Public Service.

With stay-at-home orders occurring in many states back in March, college students ended up returning home.

“They left the campus, they left their apartment, so a lot of college students are not counted. And perhaps they were counted at their parents’ home,” she said. “We do not know yet what the results will show. But it is a sufficient enough concern.”

However, Cai did point out that the Census Bureau made an effort to reach out to colleges and universities. In June, the bureau sent school presidents a letter in June asking them to provide roster information for off-campus students.

Those living in nursing facilities may have also decided to live elsewhere, while some prison inmates were released early.

Cai added that the ability to work remotely has also complicated the counting process, and some people had also moved away from COVID-19 hot spots (like New York) to second homes, or to join their friends or families in less densely populated areas.

With millions out of work, Lisa Neidert, a sociology lecturer at the University of Michigan, said that some people have also moved out of their apartments because they can’t afford it.

“So when the non-response follow-up persons come knocking on that door, the tenant doesn’t live there anymore,” Neidert said.

The shorter timespan for counting during this census is also troubling experts and politicians. The Census Bureau said that its new Sept. 30 deadline is to “accelerate the completion of data collection and apportionment counts by our statutory deadline of Dec. 31, 2020, as required by law and directed by the Secretary of Commerce.”

However, Democrats, like House Majority Leader Steny H. Hoyer, said that this new deadline is an attempt by President Donald Trump to “undercount the poor, minorities, and immigrant communities.” Along with the COVID-19 crisis, the White House has issued a memorandum that would exclude undocumented immigrants from the apportionment process, which states and civil rights groups are trying to challenge in court.

“Marginal groups will be impacted disproportionately because of the distrust or fear factor, or this shorter time of counting them,” Cai explained. Some groups, like immigrants and people of color, have expressed fear about providing their personal information to the federal government.

Even without the COVID crisis, Neidert said she thinks this still would have been a problematic Census because of the political issues surrounding the count.

To compensate with issues like shortened deadlines, Neidert added that the Census does always have some plans for being unable to count for everybody, with homeowner information being available from commercial databases.

But that means people from some socioeconomic groups are counted better than others.

It’s been weeks since President Donald Trump signed an executive memorandum that was supposed to get the federal government back into the business of topping up unemployment benefits, to $400 a week. Few states, however, are currently paying even part of the benefit that the president promised. And, it looks like, in most states, the maximum additional benefit unemployment recipients will be able to get is $300.

What’s the latest on evictions?

For millions of Americans, things are looking grim. Unemployment is high, and pandemic eviction moratoriums have expired in states across the country. And as many people already know, eviction is something that can haunt a person’s life for years. For instance, getting evicted can make it hard to rent again. And that can lead to spiraling poverty.

Which retailers are requiring that people wear masks when shopping? And how are they enforcing those rules?

Walmart, Target, Lowe’s, CVS, Home Depot, Costco — they all have policies that say shoppers are required to wear a mask. When an employee confronts a customer who refuses, the interaction can spin out of control, so many of these retailers are telling their workers to not enforce these mandates. But, just having them will actually get more people to wear masks.

You can find answers to more questions on unemployment benefits and COVID-19 here.

As a nonprofit news organization, our future depends on listeners like you who believe in the power of public service journalism.

Your investment in Marketplace helps us remain paywall-free and ensures everyone has access to trustworthy, unbiased news and information, regardless of their ability to pay.

Donate today — in any amount — to become a Marketplace Investor. Now more than ever, your commitment makes a difference.