Huge changes in the way people work have occurred since the coronavirus pandemic first hit – yet many businesses are struggling to cope with this ‘new normal’ and the legal implications remain unclear, a webinar on the workforce of the future staged by law firm Royds Withy King heard.

The firm’s Swindon-based employment partner Malcolm Gregory joined former IBM Global managing partner and practical futurist Andrew Grill to shine a light on the massive changes in the workplace that have occurred since lockdown started in March.

The move towards more flexible working, including from home, which had expected to take five to seven years to catch on had taken effect in just five months, Andrew, pictured below, said.

Now many firms that were trying to get their staff to return to the office – encouraged by the government – were instead finding that a lot of employees like working from home and were often more productive doing so.

He said workers with long commutes were looking at their work-life balance and wondering why they needed to spend time in the car or on public transport, often to attend meetings that they now know they can have on Zoom.

“The last six months has accelerated all sorts of things. At the start of the year, the notion that we would be working from home with no one blinking an eyelid was five years away and now we’re all doing it,” he said. 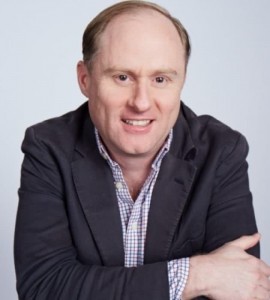 “Basically, we have been involved with a worldwide experiment of work from home. One thing I’ve told people is we must never go back to the way things were. But as we consider going back into the office, and we won’t go back to the old way, there are a whole load of legal issues around that.”

Malcolm, pictured below, said staff who considered they had been treated unfairly because they worked from home – such as not being promoted – could have a valid claim.

However, firms could also decline requests from staff to work from home permanently under current employment legislation.

“It’s not enough for an employee to say ‘I’ve shown you it can work, therefore I demand it’. There has to be a balance with the operational requirements of the business,” he said.

However, he also warned that in future staff will want to work for companies which provide flexibility.

“Employers planning for post-Covid, over the next 18 months, may say to their staff ‘we need you back in the office, as we’ve lost our social cohesion and your contract says you need to be in the office’. 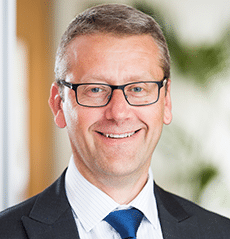 “The issue is that good people will decide to leave because they are not working for an employer of choice. That’s what will make a cultural change over time. Telling people they can’t work from home creates an imperceptible change to the culture which builds over time which can be damaging to the business. An open dialogue is a better approach.

“So employer branding, being open to these ideas, and listening and communicating carefully is the key to this.”

Andrew said some staff – particularly those whose homes are not suitable for working – may want to base themselves in a ‘third space’ such as a co-working hub. Retail units made redundant by the shift to online shopping could provide such spaces, he suggested.

However, Malcolm reminded employers that the legal issues would be the same as for staff working remotely at home, including the need for health and safety assessments, GDPR obligations and the use of Virtual private networks (VPNs) to secure data.

Where employers wanted staff to return to the workplace, they had a duty of care to identify and manage risks to ensure that it was sufficiently safe to return to, he added.

Other areas covered by the webinar included the move decades ago by Finland to embrace flexible and agile working as a nation as well as the emerging concept of the gig executive, mirroring the rise of the new breed of worker in the gig economy.