With the generalization of the home office, companies like Google seek to protect the mental health of their employees. Therefore, they seek to grant Fridays as days off.

Google considers that by having adopted work at home, several employees have had effects on their working hours, their personal, family, social and partner lives.

On the occasion of the seventh consecutive month under the Covid-19 pandemic in the United States, Google gave its employees the possibility of not working on Fridays. It is a paid benefit that aims to benefit the collective welfare. The company suggested to its employees:

With this, full-time workers and interns can enjoy a long weekend.

Technology companies such as Microsoft, Amazon, Apple or Facebook have sought to maintain the productivity of their employees, as several of them seek to keep work at home until the summer of 2021.

Working at home has increased productivity in many cases. Research from Harvard University or New York University shows that the daily shift had an increase of between 48 minutes and 3 hours.

In Latin America, according to the Bumeran pollster, 52% of workers in this modality do not have support from their companies during isolation, and also 79% have problems of stress and fatigue due to excessive workload. 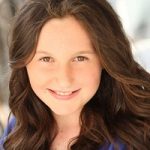 Amy is a mass communication graduate as well as an English literature majors. She keeps an eye out for any errors with our news coverage as well as trains our staff into the nuances of online journalism.