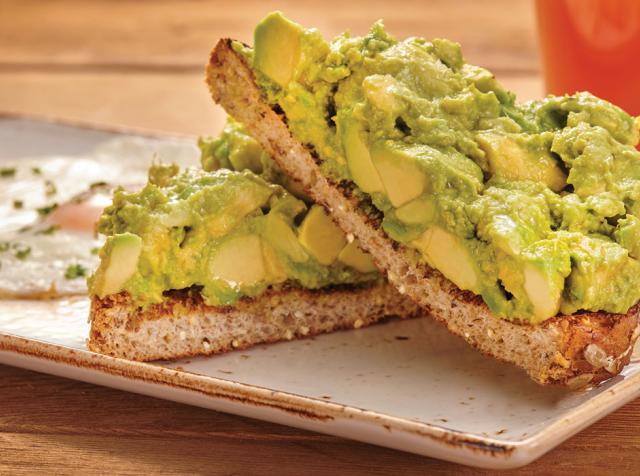 One of the tangible things the council developed at First Watch was a voluntary, live leadership training web series the chain rolled across six parts. It began in late July and had “hundreds and hundreds” of attendees each Wednesday, when they’d air at 4 and 6 p.m.

“Really, what it was, was it gave everybody a safe place to have these kinds of discussions and hear from their peers about what they experienced,” Tomasso says. “And also learn some things about microaggressions and unconscious bias and handling difficult situations.”

To encourage participation, employees who completed the entire series were recognized with a $250 donation, in their honor, awarded to the Equal Justice Initiative, a non-profit that works to end mass incarceration, excessive punishment, and racial inequality.

Tomasso says First Watch expects that donation to be in the neighborhood of $50,000.

One employee spoke about being approached by authorities, on their own lawn, for being outside at 5:30 a.m., preparing to go to work. Another mentioned the bias they face day-to-day as a minority GM. Some customers won’t acknowledge the position, uniform or not, and ask for the “real manager.”

“One of the things we said, and we prefaced this with, everybody through the bias training and the webinars and things, is that we all had to get comfortable with being uncomfortable and those stories are uncomfortable,” Tomasso says.

First Watch also created the “R.I.S.E. Mentorship Program,” where executives partner with employees from different cultural backgrounds to help them advance through society, and First Watch, if that’s their choice. They apply and get paired with a senior executive for a six-month development track.

“Look, it’s one thing to write checks for scholarships and things like that, which we’re doing,” Tomasso says. “But we really felt like to make an impact you have to do things like this. … We’re trying to affect change here.”

Some other steps in First Watch’s plan:

The chain established first-generation scholarships in partnership with the United Negro College Fund and HCBUs Howard University and Spelman College. Application details for the scholarship, which will total $10,000 and $25,000 respectively, are forthcoming.

First Watch invested in unconscious bias training for all employees. It introduced the program July at the restaurant level and the company’s home office.

In tandem with the University of Central Florida’s Rosen School of Hospitality Management, First Watch created a R.I.S.E Emerging Leaders Scholarship, which will award a full, four-year scholarship to a qualified company employee within the Black community. The first recipient will begin classes in fall 2021. First Watch also offers free online high school diplomas to employees.

Lastly, First Watch, as part of the partnership with HBCUs, is connecting regional talent directors with school administrators to identify candidates for employment to increase diversity throughout First Watch’s company ladder. The brand said it “understands that people of color receive more interview opportunities and are employed at a higher rate when ‘ban-the-box’ policies are implemented, and it will continue to ban the previous criminal history box on employment applications in all states, rather than just in the three states that require it.”

“We want people to be proud of where they work,” Tomasso says. “And we’re hearing a lot of that through these programs, and I think that pride is what instills loyalty. And loyalty instills longevity.”