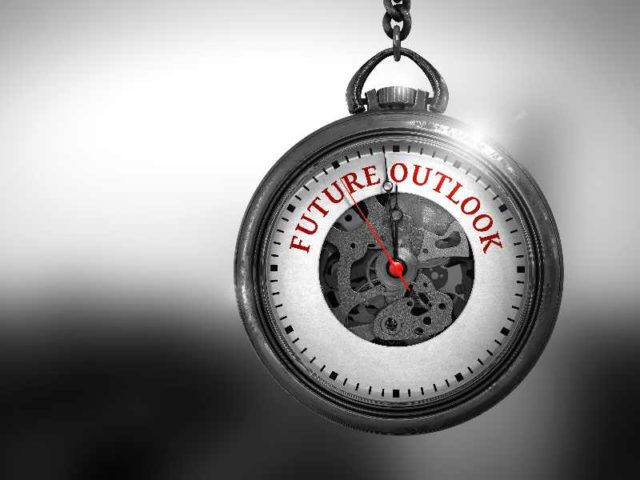 Compared to the pre-pandemic forecast, energy demand will be lowered 6-8% each year to the middle of the century.

COVID-19 has prompted major behavioral shifts important to energy consumption, as demonstrated by reduction in long-distance travel and the increase in home office, both of which are responsible for the peak in transport energy demand and oil demand in 2019.

DNV GL believes these trends are likely to have lasting societal effects, which have a major impact on energy demand from transport and commercial buildings.

Remi Eriksen, Group President and CEO of DNV GL, said: “COVID-19 has changed the global energy outlook, yet the global climate crisis remains as urgent as before the pandemic.

“Early optimism about decreased air pollution has been replaced by the cold reality that it is not because of a more decarbonized energy mix but because of short term changes unique to the pandemic.  We can transition faster with the technology at hand, but now more than ever before, we require national and sectorial policy incentives to bring us to the ambitions of Paris.”

The technology exists to create a Paris compliant future.  With gas set to become the largest energy source in 2026, it has a crucial role to play, yet DNV GL forecasts only 13% of the gas will be decarbonised by the middle of the century.  Hydrogen has been given a boost by policy developments in the European Union, but it will still only contribute 6% of energy demand by 2050. Decarbonized gas, including hydrogen, is vitally important for reducing emissions from hard to abate industries, such as building heating and industries with high heating demand, but requires a massive boost from policy to achieve a meaningful impact.

Whilst we must transition faster to create to a more sustainable future, it should be noted that the current pace of the energy transition is already fast.  Within a generation, renewables and fossil fuels will have roughly an equal share of the energy mix compared to an approximately 20-80 split today.

The share of electricity in the final energy mix is expected to double by mid-century, with solar PV and wind contributing 31% each.  Floating offshore wind will grow rapidly, by 2050 DNV GL expects a large new industry with 250GW installed.

And despite these significant shifts in the energy system, the transition is affordable; as a proportion of GDP, humanity will be spending less on energy in 2050 (1.6% of global GDP) compared to 2018 (3% of GDP).  As the world will spend an ever-smaller share of GDP on energy, it allows policy makers additional room to take the extraordinary actions required to decarbonize the energy mix.

The rapid rise of electric vehicles is perhaps the shining example of how policymakers can transform an industry.  DNV GL forecasts that by 2032 half of new car sales will be electric.  This will cause a steep reduction in oil demand from road transport, which DNV GL forecasts will decrease by 56% from 2018 to 2050.

The same policy levers must be applied to stimulate other technologies that are vital to reduce energy use and emissions.  Carbon Capture and Storage (CCS), for example, is a vital component in decarbonising natural gas, including the production of blue hydrogen, but a lack of policy coordination means that by 2050 CCS will only capture 11% of carbon emissions despite parts of the technology first appearing in the 1970s.

“We can’t empty the airliners twice, so we need all hands on deck to find practical solutions to the climate crisis – now.  The rapid rise of solar PV, wind and battery technologies in recent years gives me hope that humanity has solutions at hand, however the so-called hard to abate sectors need strong policy incentive to move the needle on decarbonisation.  Decarbonized natural gas, including hydrogen, will play a key role in the transition to the energy future humanity wants and needs,” said Eriksen.