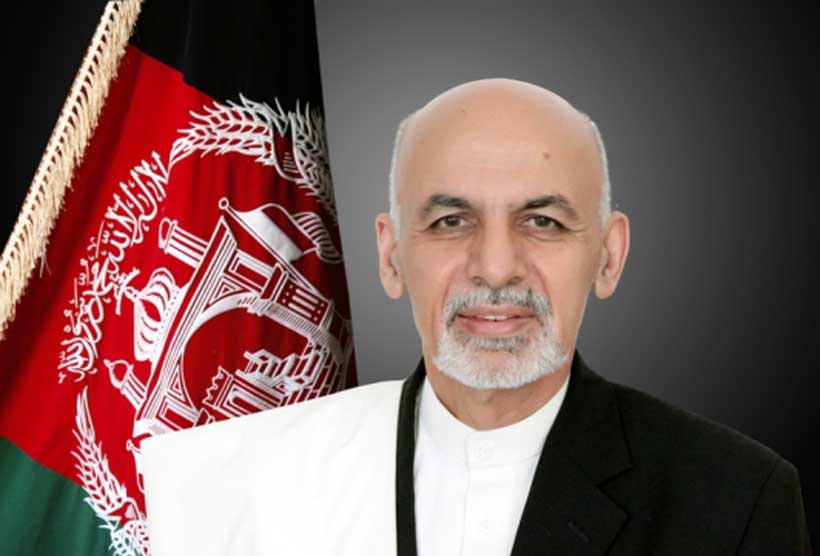 The efforts for kick-starting intra-Afghan negotiations (IAN) faced another roadblock, as Afghan President Ghani’s appointed 46-member High Council for National Reconciliation, is rejected by some influential Afghan leaders. The council is criticized for not being inclusiveness in nature. It is being regarded as ‘one man show’ and fingers are obviously being pointed at Ghani. Some term the council as “Ghani’s favorites”.

The council has 10 members in leadership positions, nine women members, nine high-ranking government officials, and 19 who are an assortment of political figures and former mujahideen leaders. The council is separate from a 21-member negotiating team, which Ghani appointed in March and is expected to travel to Doha, where the Taliban maintain a political office, for the intra-Afghan talks.  However, the council will have the final say and will ultimately decide on the points that the negotiating team takes up with the Taliban.

The problem is that the names were not finalized through across the board consultative process, including the representatives from almost all walks of life. Also, those in the list were not contacted for their consent; their names were announced without them knowing.

Likewise, Afghan people opine that there are many former mujahideen and jihadi leaders. This portrays the picture of one group of militia talking to another group of militia with few government representatives. Women are given a customary role without any impactful decision-making power, while youth have been ignored all together. Does this mean that diverse array of Afghan representation is being excluded and only those are included who possess de facto power in their respective areas?

In contrast, former Afghan president Hamid Karzai in a statement said he will continue his efforts for peace, but rejected his membership in the council, saying he would serve in no government institution. While, Hizb-e-Islami, led by Gulbuddin Hekmatyar, called the membership of mujahideen and political leaders in the council symbolic and ineffective.

On the other hand, Abdullah Abdullah, the chairman of the High Council for National Reconciliation, in a statement opposing President Ghani’s decree, officially listing members of the council, stated that according to the political agreement it is the authority of the head of the council to appoint its members.

As of now, Karzai and Abdullah both agree that selecting the members of the High Council for National Reconciliation should be after consultations with religious leaders, political leaders, elders, civil society organizations and broad-spectrum Afghan representation including women and youth.

Furthermore, some influential leaders may also be eyeing on the positions of power in the post intra-Afghan negotiations set-up. This may also cause problems in the finalization of high reconciliation council as these leaders may be positioning themselves where they can optimize their self-interests.Having said that, Afghan leaders are capable of resolving these issues and it is hoped this issue will soon witness a closure with a logical conclusion. This ought to happen to negotiate with equivalent bargaining power with Taliban, otherwise the council will be at a losing end in talks, commencing in Doha in couple of days.

IAN – a bumpy road ahead?

Afghanistan has been badly devastated by war for decades of war and terrorism. The ongoing conflict has affected the physical resources and the social fabric of the country, as well. Now, as a decent opening has been shaped to bring the war to an end and establish sustainable peace, so, it needs to be utilized so that the obliterations being caused by war can come to an end and peace and security can be cherished in the country.

After four decades, a window of opportunity is offering a closure to the war in Afghanistan. After a long time, all parties regarding Afghanistan are on one page. Regional and international consensus about peace has happened and all international groups and bodies believe that if there is any solution to Afghan imbroglio, it is political one – through table-talks.

The aim of intra-Afghan talks is to end the war and bloodshed is the country. Thus, first and foremost objective of the both sides should be trust building and reduction in violence, which will eventually lead to a lasting ceasefire.

All necessary issues such as reforms, protection and empowerment of national establishments, amendment of the constitution, limits to freedom of the people and others should be categorized and prioritized and ought to be deliberated with sheer tolerance and with an open mind. Negotiations over all issues may take several months. Nevertheless, extendedponderingsmust not lead to apathy and discontinuity of talks. Intra-Afghan dialogue should continue until a comprehensive agreement is prepared and signed between both sides.

Regardless of local national, regional and international consensus over peace, there still are elements that consider peace against their interests, hence, create obstacles for it. Such groups and bodies will definitely keep attempting to find ways in order to sabotage the intra-Afghan dialogue.

Transformation of peace efforts into national, regional and international competition can be perceived as another great challenge for intra-Afghan dialogue. As conflicts of interest exist on all levels; many would prefer interests over peace. So, supporters of the peace process and the negotiating team should be sensitive and pragmatic while making decisions.

Evidence shows, power is still something that many Afghan leaders and officials are keen to hold on to. This thirst for power is a direct challenge for the intra-Afghan talks. Considering the lobbying attempts by the officials and politicians, it can be perceived that power is prioritizing over peace. Recently, some Afghan leaders allege that, some very high-ranking officials close to Ghani have established a cell, which also includes vice president and deputy of NDS, for crushing the political opposition and criticism. They term it as a violation of article 34 of Afghanistan’s constitution, which states “Freedom of expression shall be inviolable”. These Afghan leaders also link the mentioned cell to death threats and recent mysterious assassinations of peace activists and political critics. They communicated all these grievances to President Ghani via a letter; though the letter is silent on the subject if the cell hasa nod from the Ghani himself or otherwise. If true, how can Afghan government legitimize itself within the framework of Intra-Afghan dialogue? How it will take the cover behind the expression of “constitution is supreme’, while the government itself doesn’t respect it.

Another key problem is of ethnic inclusion. If the intra-Afghan dialogue does not address the apprehensions of non-Pashtun ethnic groups, the latter will also become skeptical with the peace process. It will be too much to expect the Taliban to make non-Pashtun groups feel comfortable, as indeed it is to expect entrenched non-Pashtun warlords to cede their power. Still, there needs to be comfortable arrangement for non-Pashtoon ethnic groups too in the future set-up of Afghanistan’s governance. In addition to that, how the interests of various groups, particularly women, religious minorities, and the media, will be accommodated in the future political dispensation, in which the Taliban would have significant representation, is unclear. Women’s groups increasingly fear that the rights and freedom they have come to enjoy would be taken away by the Taliban if they become part of any power sharing equation. They are skeptical as Taliban has made no meaningful concessions on this front.

Lastly, both sides need to show flexibility and humility to not lose this opportunity of peaceful Afghanistan. If this chance is lost then there will be unrest, chaos and perhaps another civil war. It is pertinent to that, for sustainable peace, Taliban have to be part of the power equation in the post-peace Afghanistan for quite some time, else they may resort to violence again if they feel losing control too soon.