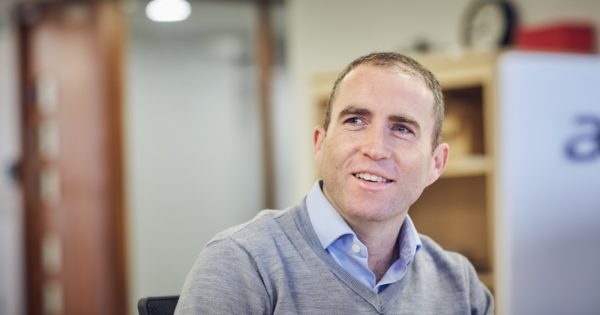 In the months of February and March, during which Covid-19 caused the MSCI ACWI to plummet by 25.3% before central banks came to the rescue, Hawksmoor Fund Managers held more than 150 fund manager meetings remotely. That compares to between 500 and 600 face-to-face meetings in a typical year.

“I suppose the main takeaway is that the access is excellent,” says fund manager Ben Mackie (pictured). “We were able to get meetings lined up very quickly. One of the benefits of doing video calls is it is easy to slot people in.”

The UK went into lockdown on 23 March, although many firms had already implemented working-from-home policies before then. By September, much of the investment industry will have been working from home for six months, despite the government’s efforts to get employees back in the office.

The enforced period of social distancing has prompted a number of fundpickers to reassess the frequency with which they meet fund managers in the flesh.

All DFMs, multi-managers and research houses Portfolio Adviser spoke with expressed the importance of meeting fund managers face to face.

“Passion and nuances in a strategy are harder to portray over a video conference,” says Tam Investments CIO James Penny, “not to mention the reliance on internet signals, which can often not only disrupt the connection but also disrupt the conversation and the flow.”

Tam held around 30 fund manager meetings during lockdown, compared with 50 in a typical quarter. “It’s not so easy to organise this in the same way as you can with a centralised office,” says Penny.

Aviva Investors also reports fund manager meetings were down by around 25% but adds that had been partially offset by webinars and digital events.

“As things normalise I think we’d still like to meet most of the managers we invest with in person at some point,” says Mackie.

However, Zoom, Teams and other video conferencing apps are likely to play a bigger part in Hawksmoor’s “maintenance meetings”, he admits.

“It’s an efficient use of time. If it means we can spend more time looking after the funds rather than travelling to see managers, then that has merit for all our investors. We are based in Exeter, there’s four fund managers in the team and at least once a month one of us will be in London on a research trip.

“I suspect our research trips to London might happen a bit less than they have in the past because it’s time out of the office and away from the screen.”

Some fund selectors may get their edge by being good at reading people at close quarters but, for others, social distance could be a benefit, according to Oxford Risk director Greg B Davies, who is a behavioural finance specialist.

“In a room with someone, you will pick up on signals you simply won’t get over a Zoom call. That is a con for video conferencing, because you’re missing out on signals that could tell you something you need to know.

“But the very same thing could also be a pro, because we are often swayed by things that shouldn’t affect our decisions. Like how much do I like this person, or is this person well dressed?”

BMO Multi Manager co-head Rob Burdett reckons his team’s experience in holding funds managed by overseas managers has been a benefit during the coronavirus shift to video conferencing.

“Although we do travel to Asia, the US and the odd European city, we are used to arm’s-length communication, using primarily voice-based conference calls,” Burdett says. “I can’t think of a case where we’ve only met via video call but I think that would be more likely now. It’s levelled the playing field in terms of the type of meetings we’ve had.”

Architas senior investment manager Nathan Sweeney reports a similar experience. “Because of the global nature of fund management today, you have had opportunities to test this remote communication prior to Covid,” he says.

“We invest in US managers that are based over there. Yes, we’ve gone out to meet them, but we hold a lot of meetings virtually.”

Sweeney is increasingly receiving emails from international fund houses looking to sell products into the UK, something that he says has picked up noticeably in 2020.

“Historically, if you were trying to establish a presence in the UK market, that had to be a physical presence. You would have felt you had to have an office, a distribution team and probably even an investment individual here. I think that mindset is changing.”

Third-party distributors will now facilitate meetings online with the fund manager coming to the UK once or twice a year for meetings, he says. “For international companies, that opens up their distribution network to a much wider audience with a lower cost.”

Wherever fund managers are based, Sweeney believes the role of the relationship manager has become more important during lockdown.

“You want to get as much clarity before a meeting as possible, so you’re going backwards and forwards with the relationship manager trying to extract as much information and get a more intimate understanding of a fund prior to meeting the manager.

“You don’t have the opportunity to ask them all those questions that might come up on the fly. You can save that for a video conference but there’s always challenges.”

These can include tech issues or the fact video calls can be very tightly scheduled, with a manager potentially jumping on their next meeting within a minute or two.

UK intermediary space is too relationship based

According to former fund selector ‘JB’ Beckett, there are pros and cons to fewer in-person fund manager meetings. The benefits of meeting face to face include the chance to get information not widely known and the opportunity to ask fund managers questions they might be reluctant to answer in other settings.

“Many a thing has been said to me in the confines of ‘four walls’. Fund selection is as much an industry of legalised inside information, gossip and conjecture as it is about factual information gathering and analysis,” Beckett says.

He counters that the UK intermediary space is too relationship based, and greater reliance on remote communications, due diligence questionnaires, research and quantitative analysis could reduce biases.

“Multi-managers and the best selectors know how to balance the quality of relationship with the objectivity of decision, but there are clearly plenty of examples where this hasn’t been the case in the UK retail intermediary space.”

Beckett expects there will be some more introverted fund managers who will relish less time talking to buyers, and the next generation of fund selectors will like likely be less wedded to “coffee shops, workshops and free pens”, he says. “Sales, however, will be despondent.”

How to revise investment processes for the Zoom era

BMO Gam has a 16-factor scorecard for fund managers to try and counteract the potential for the multi-manager team to get drawn in by a seductive salesperson or charismatic fund manager.

Burdett says he has had meetings with fund managers making passionate proclamations about their conviction in a stock, only to find a more understated manager has a much punchier weighting. “That’s why you need to cross-check,” he says.

He admits some fund managers are better on the phone than in real life, and in normal times that informed their decision making about whether or not to conduct meetings in person.

When it comes to navigating some of the shortcomings that come with video conferencing, Davies believes written communication has become more valuable during the pandemic because it leaves less room for misinterpretation.

“If I was to revise a process, I would examine which questions I want objective answers to and whether I can ask people to respond to some of those in writing, because I know it’s going to be accurate. People are going to be more thoughtful about it, reducing the chances of miscommunication.”

It also reduces the risk of behavioural bias creeping into decision making, as evidenced by the ubiquity of request for proposals in the corporate world, he says.

“It does level the playing field as you start to cut out the chances of just being sold to by the salesperson with the nicest smile.”

Once the coronavirus crisis is over, Davies predicts in-person manager meetings will happen less frequently. “People have now realised they don’t have to do as much to get to the results, and the social norm has shifted slightly in favour of video calls,” he says.

Most fundpickers Portfolio Adviser spoke to agreed. Though Aviva Investors senior multi-manager analyst Luca Dal Mas emphasises the investment industry will remain very relationship based, he says: “Given how quickly the industry has adapted to holding virtual meetings, we do expect the balance to shift in favour of digital as the industry adapts to a more flexible working regime.”