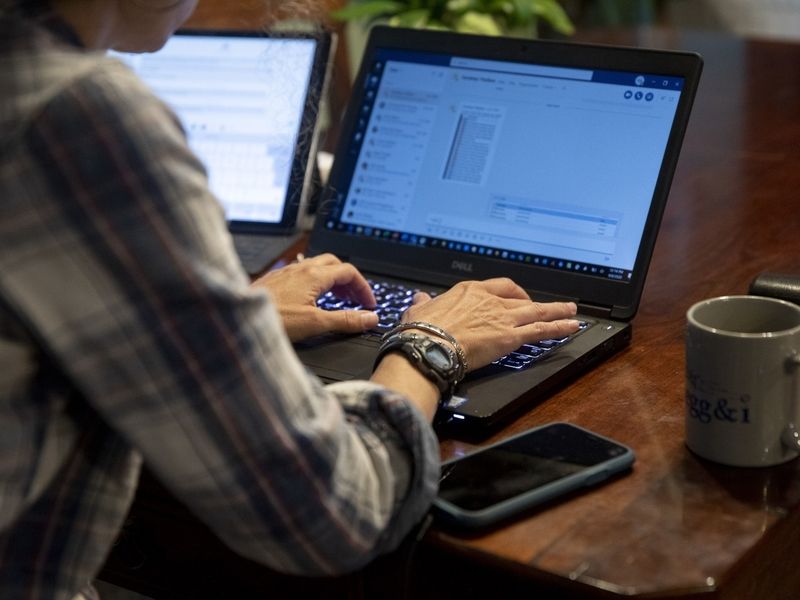 Financial District startup Better.com has gotten so good at hiring remotely—adding 1,500 people to staff during the pandemic—they the company will keep on doing it after the crisis has passed.

That means some jobs that used to require a presence in the company’s World Trade Center, Oakland or Charlotte offices will now open to workers across the country.

“Six months ago, I never would have thought we would be hiring remote engineers,” said Elana Knoller, Better’s chief product officer.

If the fast-growing startup can withstand a huge surge of mortgage refinancings and grow its staff by more than a third with its office closed, what is so bad about remote work?

That is the question that CEOs and management experts are grappling with. Just 5% of workers who were not self-employed worked from home more than half the time in 2018, according to census data. Now companies have operated for months without an office, and are becoming more open to letting employees stay home.

About 83% of companies plan to allow more people to work from home beyond the current crisis, according to a survey of about 800 employers by Mercer, an HR and workplace benefits consulting firm.

But management experts warn that a new era of working from home may not be upon us just yet.

“It is possible we are rushing to conclusions based on seven months of experiences,” said Anna A. Tavis, a professor at the NYU School of Professional Studies. “It is not clear yet how many people truly want to stay home. People may not miss their commute, but not everyone is ready to abandon the urban office.”

Companies such as IBM and Yahoo ditched work-from-home benefits in the years before the pandemic, finding the arrangement slowed down productivity.

Remote work has the potential to slow advancement opportunities for new hires—and also raises thorny issues around pay. Salaries often are based at least in part on the cost of living for an employee. Facebook made waves earlier this summer when it said it would adjust remote employee’s pay based on the cost of living where they are living.

“You can imagine the headaches around recalibrating an entire pay system,” Tavis said. “Designing compensation for New York, Michigan, Hawaii… that is a big overhaul that goes beyond just eliminating office space.”

Knoller said Better hasn’t made any decisions yet on if pay or benefits will change for remote workers. She said the firm is focused on the concept as a way to increase flexibility. The company is still “very much a New York City startup” and hopes to reopen its 40,000-square-foot office at 3 World Trade Center by March 2021.

“But in the past, we have had people who are all-stars for us here but had to leave New York for specific reasons,” Knoller said. ‘Now we maybe don’t have to part ways.”

Other startups are beginning to think that way as well. Union Square Ventures, one of the city’s top tech investment firms, reported last month that remote job listings in its portfolio companies have tripled since the beginning of the pandemic, with such listings now representing about 10% of jobs.

Many of those jobs are for young companies without “a longstanding office culture,” noted Matt Cynamon, a network program manager who authored the report.

“But these are the companies that over the next five to ten years will go from 20 person teams to 200 person teams, and that will have a significant impact on how many jobs are remote,” he added.

Casebook, a startup with 41 employees that provides management software for nonprofits, permanently closed its office in Manhattan last month to go fully remote. CEO Tristan Louis said the stories of IBM and Yahoo shouldn’t scare company leaders away from the concept.

“IBM and Yahoo were large organizations that made the switch and then pulled back,” he said “You also have companies like Automattic, the makers of WordPress, that started remote and now operate that way with thousands of people.”

Casebook is committed to working remotely for at least the next year. But Louis acknowledged that it is possible the company may find itself missing the workplace once offices are able to fully reopen.

“We are waiting until there is a vaccine,” he said. “At that point, we will see what the data indicates we should do.”