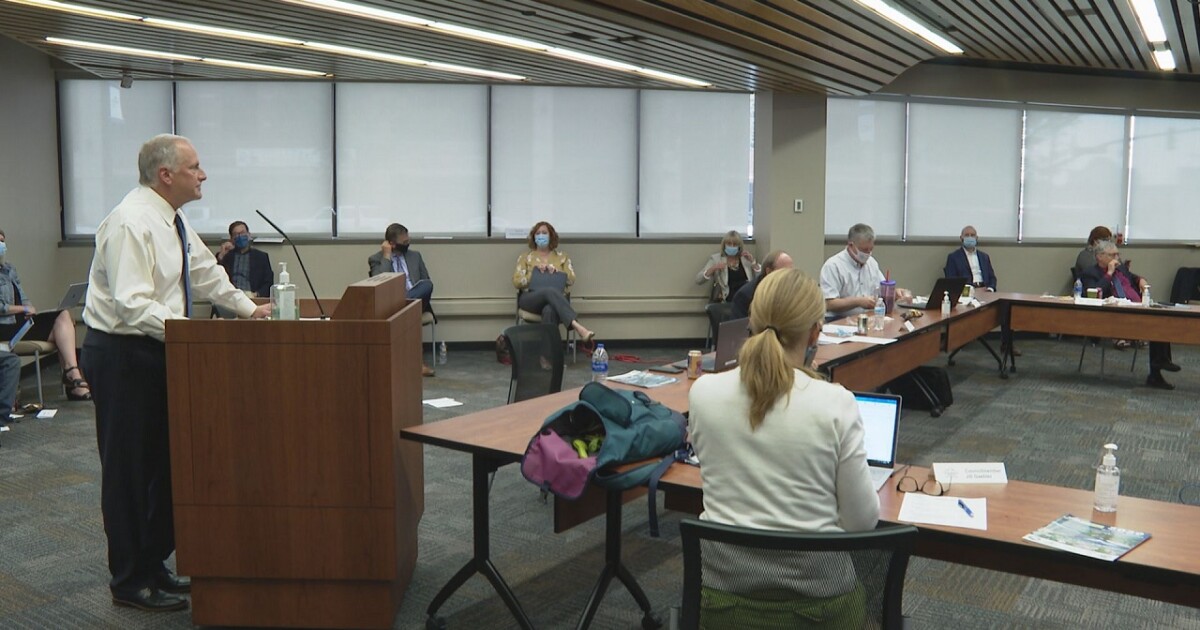 COLORADO SPRINGS — The ranks of the Colorado Springs Police Department are getting thinner than Mayor John Suthers and Police Chief Vince Niski would like. At an informal retreat Friday, the chief explained how an increasing number of retirements this year have contributed to the issue.

In 2019, a total of 49 sworn officers either retired or otherwise left the department. Mayor Suthers said we’ve already reached that number in 2020. He estimates it could go as high as 70 sworn officers before the end of the year.

The mayor explained that many officers who’ve reached retirement age are choosing to leave earlier amid the recent civil unrest and anti-police protests here in Colorado Springs and across the US.

“They had planned on perhaps putting in 25 years, but they’re at 22 or 23, talking with their families, talking about the environment that police officers have to put up with, and things like that, and they make a decision to retire now,” Suthers said.

In 2017, when Colorado Springs voters approved the stormwater ballot question 2A, the city pledged to redirect money from the general fund that would’ve been spent on drainage projects to bolster the ranks of the police and fire departments.

“In order to reach our goal by 2022, we’re going to have to run some very large academies next because of the higher attrition rate,” the Mayor said.

Mr. Suthers initiated these day-long retreats during his first year in office as a way for city leaders to speak candidly about the big issues facing the community. In addition to public safety needs, the discussion also focused on transportation issues.

“The Pikes Peak area, of course, is growing, people like to live in our community, we’ve got a wonderful place to live,” said Councilman Wayne Williams. “And so, we’re going to have to address some of those transportation issues.”

He explained the long-running trend of shrinking transportation funds from gasoline taxes has led the Colorado Department of Transportation to prioritize highway maintenance over new expansion projects. Colorado Springs is a growing community that needs larger highways. So, Williams said it will be critical to renew of the Pikes Peak Rural Transportation Authority (PPRTA) 1 percent sales tax.

The current sales tax won’t expire until 2024. However, Williams explained that the planning work for a new ballot question needs to take place today before presenting it to voters.

“It is a multi-year process, you don’t just slap together projects and say we want to do this,” Williams said. “We’re trying to make decisions in a data-driven way.”

Mayor Suthers also noted that the City is developing a transportation master plan. It’s the first time in nearly two decades that Colorado Springs has invested in such a document.

“We had the company that’s doing that master plan talk a little bit about the information that they’ve already gathered and what we can expect from that,” Mr. Suthers said.

Another problem brought about by the city’s population growth is the demand for housing. Home prices have risen so much this summer that a recent national report ranked Colorado Springs in the bottom six out of 400 US cities for housing affordability.

Building affordable housing is not a city function, but the mayor explained there are incentives and strategies he’s pursued to increase the number of affordable units here.

“We have the ability through state and federal funding lines to facilitate, and we’ve done a pretty good job in the past of providing what’s called Community Development Block Grants, and helping secure Colorado Housing Finance Authority grants to produce more affordable housing,” he said.

Around 600 affordable housing units currently under construction, and Mr. Suthers said another 1,100 are in the planning phase for anticipated construction in 2021.

He’s looking beyond these developments to see where else the city can expand affordable housing in the future.

“What can we do more creatively,” Suthers said. “We know where these federal funding lines come from, and from the state, but are there some strategies that we haven’t traditionally pursued that may be available to us.”