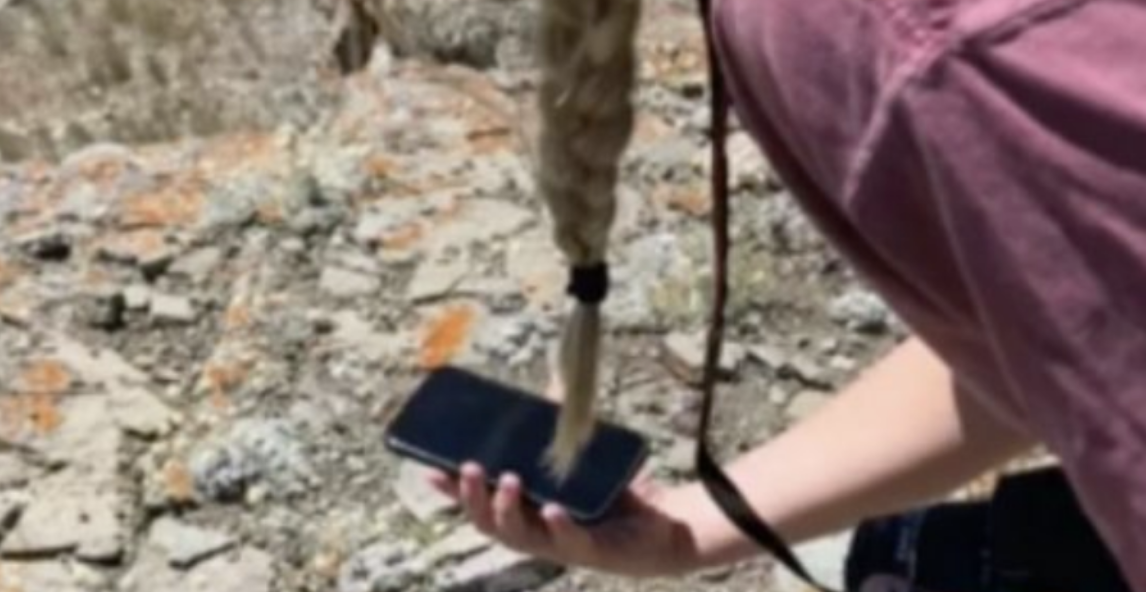 While exploring a field of flowers, a group of campers stumbled upon a phone that belonged to a missing person.

The campers — Dana Pace, his daughter Adaline and two of her friends — were on a 10-day camping trip in Montana back in July when they found the phone.

“On a rock outcropping, my daughter discovered something that would change us forever,” Pace wrote in the first video of a four-part series explaining the chilling ordeal.

Since the phone was unlocked, Pace was able to respond to the most recent text message on it and give them his phone number.

Twenty minutes after sending the text, Pace received a call from the person he texted, who was the phone owner’s sister. She informed Pace that he was missing. (Pace purposefully left identifying information out of his videos to maintain the family’s privacy.)

According to Pace’s second video, the missing man’s sister had told him that her brother had been attacked in Great Falls, Mont. “She said there were a bunch of people robbing people and she said he got hit in the head with a bat and and had a head injury,” he explained.

Given the severity of the situation, Pace told the family of the missing man that he would cooperate with law enforcement and give them any information they needed. In his third video, he gave police officers the exact latitude/longitude coordinates of where the phone was found and dropped the phone off at the Teton County Sheriff’s Department.

After turning the phone in at the sheriff’s department, Pace didn’t receive any updates for nearly a week. However, when he, his daughter and her friends were one hour from home, they got a text from the sister informing them that her brother had been found.

“We found my brother,” she said. “He was not in the best of shape. He was pretty delirious and dehydrated … We would not have known which steps to take or any direction to find him had it not been for you, your daughter and her friends. From the bottom of my heart thank you!”

Pace was beyond thrilled to hear that the man had been found alive.

“We are just about an hour from home in Illinois and the van erupted in cheers when your text came in,” Pace told the sister. “This is absolutely the best ending to our trip.”

TikTok users who followed along with Pace’s story were equally excited.

“This made me get chills and tear up [because] if you were to ignore the phone or been too late … his ‘ending’ could’ve been so different,” one person said.

“Gave me chills. So glad you guys did such a beautiful thing,” another user added.

“Literally crying!” a third user commented. “This is so beautiful thank you for sharing.”

Try your first month of Amazon Music Unlimited for free:

If you enjoyed this story, read about how some teens stumbled upon a deadly body during a Randonauting session.

More from In The Know:

The best organizers to buy for your home, according to a professional organizer

Subscribe to our daily newsletter to stay In The Know