Newly elected Congressman Kweisi Mfume gave the harshest critique of DeJoy, likening him to the man behind the curtain in The Wizard of Oz who pretends to be great and powerful, but turns out to be a mortal man and a huckster.

“Mr. DeJoy, do us all a favor before your upcoming hearings: submit your letter of resignation now,” Mfume said across the street from Baltimore’s main post office. “Ride off into the sunset and restore the decency and fabric of the United States Postal Service.”

Van Hollen said there is no denying that Trump wants make it more difficult for voters to cast their ballots by mail in the November general election. That’s despite the fact that the Republican president and first lady Melania Trump have requested mail-in ballots in Florida.

“This would be unacceptable at any time, but especially so during a pandemic when even more people rely on the mail, and during a critical election season when more people will be casting their votes by mail,” Van Hollen said. 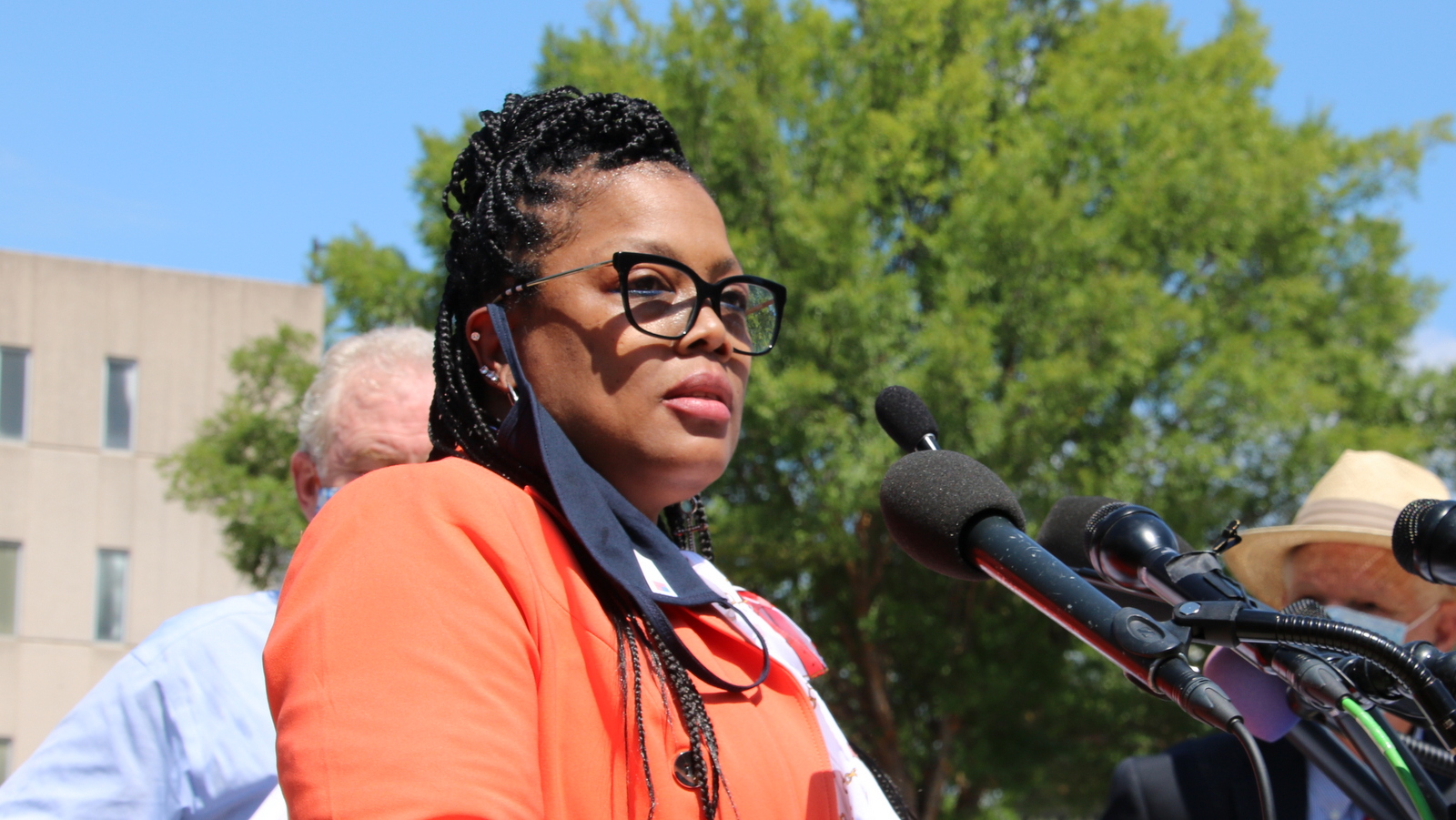 Postal delays as a result of DeJoy’s changes have been severe in Baltimore and around Maryland.

They have led to up to 10-day delays in residential mail delivery, said Sherry McKnight, president of American Postal Workers Union Local 181, which represents many Baltimore-area workers.

“It feels like a betrayal because we serve the public, and the public relies on medication, checks and other support through the mail,” McKnight said in an interview with The Brew.

“Some previous members of the post office have been fired because they delayed mail. And now it’s suddenly OK because the post master general says it is?”  – Sherry McKnight.

“When we got hired at the post office, we take an oath to not delay mail,” she said. “Some previous members of the post office have been fired because they delayed mail. And now it’s suddenly OK because the post master general says it is?”

Since DeJoy took over in May, McKnight said, higher-ups have made management changes in Baltimore that resulted in the reduction of retail office hours and removal of sorting machines.

Four machines have been removed from Baltimore, and two more have been taken out of the incoming mail center in Linthicum, she noted.

“It’s frustrating because now employees have to shift and do work on other machines. One employee now has to do three employees’ work,” she went on. “Employees who used to work on one machine, now they handle many more zip codes.”

Van Hollen expressed confidence that plans by Speaker Nancy Pelosi to summon the House of Representatives back to work on a bill to address the postal service deficit and other issues would be successful.

“We’re not going to allow this sabotage to stand,” he vowed.