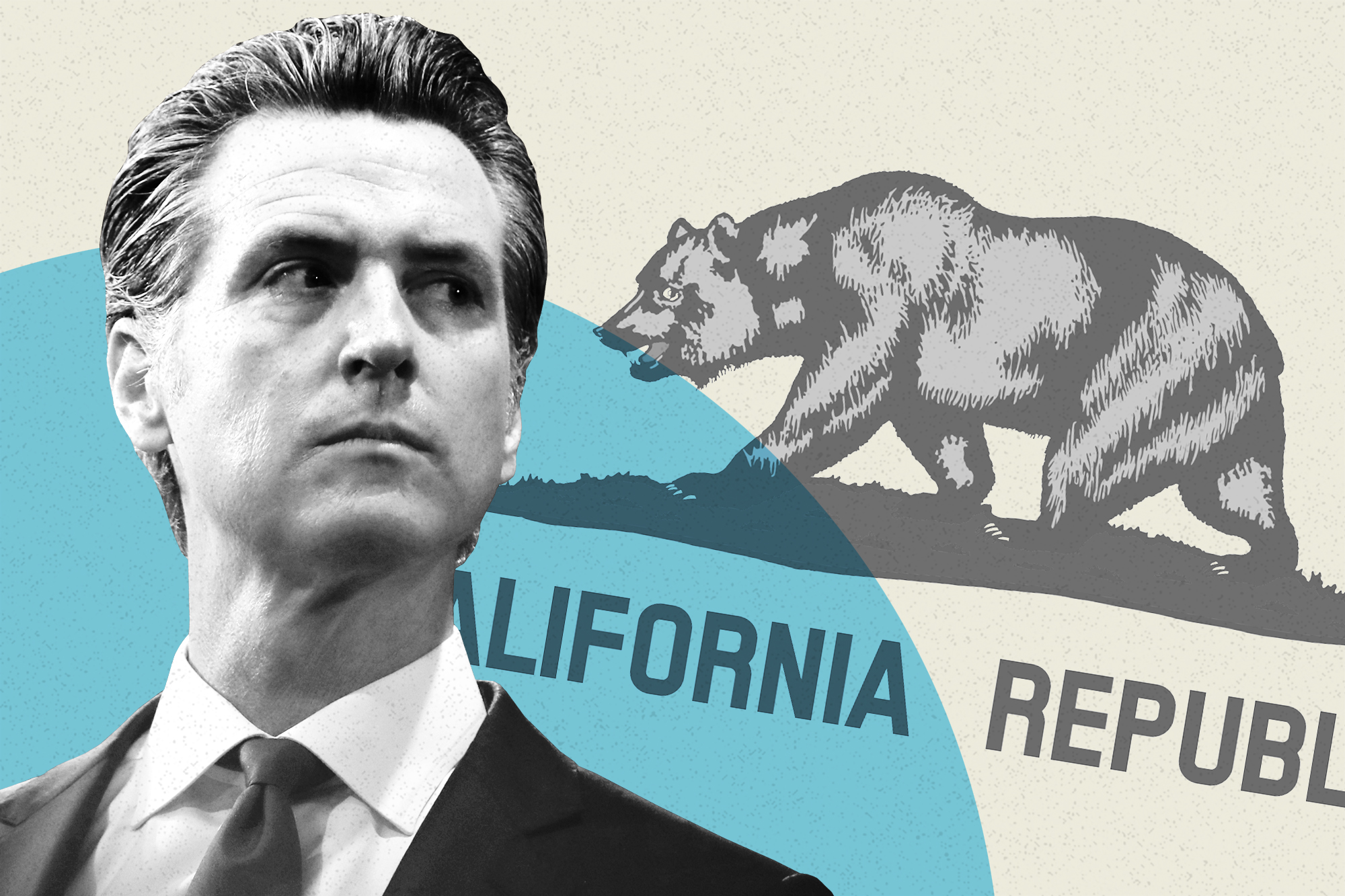 4. The California Dream is out of reach

Despite all the wealth generated by Silicon Valley, Hollywood and massive agriculture and energy industries, California fares terribly on some basic measures of prosperity.

Soaring poverty and homelessness, exacerbated by rocketing rents and a dearth of affordable homes, offer grim counterpoints to the California portrayed by Newsom and other Democrats as America’s shining star. Images of desperate Californians living in the streets, at times under conditions reminiscent of refugee camps, underscore the complex and intractable crisis.

“This is a difficult, complex challenge that takes political will to prioritize these things,” said Carol Galante, faculty director of the Terner Center for Housing Innovation at UC Berkeley. “At its core, it really is the underbuilding in my view, and that’s a huge political problem to fix.”

The state has attempted to offset income inequality — California has the most billionaires of any U.S. state by far — with a progressive tax structure that relies heavily on the highest earners.

But the pandemic recession has still cut into state resources while threatening to push huge numbers of financially ailing Californians out of their homes — an eviction and foreclosure catastrophe that could deepen California’s existing housing crisis. Newsom signed a stopgap eviction halt, but no one sees it as a long-term solution.

His administration has used federal dollars to house more homeless people; advocates are closely watching to see if that progress is sustainable. Looking ahead, Galante warned that policymakers cannot “take our foot off the gas” on housing production, noting that after the Great Recession, rents spiked even as the economy recovered.